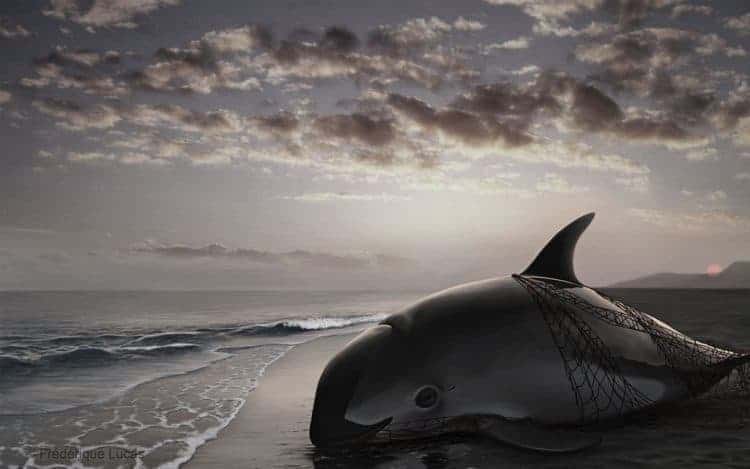 Conservationists are mourning the loss of a critically endangered vaquita porpoise who died after being captured by authorities.

The vaquita only exists in a small area in the Gulf of California, off the coast of Mexico. Despite past efforts to protect them, including the creation of a refuge in 2005, their numbers have continued to decline at an alarming rate. Over the past five years, their numbers have dropped by 90 percent, and there are believed to be fewer than 30 individuals left in existence who have continued to suffer heartbreaking losses.

While measures have been taken to protect them, including a ban on gillnets that was made permanent in their range over the summer, the government also launched a controversial project called Vaquita Conservation, Protection and Recovery (VaquitaCPR), which aimed to capture them and keep them in a sea pen where they could reproduce before being released when they have a better chance at survival.

Last month, scientists with the program captured a six-month-old calf, but it became so stressed the decision was made to release it.

Unfortunately, that disaster was followed by another over the weekend after a breeding-age female was caught and subsequently died.

VaquitaCPR said in a statement, “From the moment of capture, the vaquita was under constant care and observation for its health and safety. Marine mammal veterinarians monitoring the vaquita’s health noticed the animal’s condition began to deteriorate and made the determination to release. The release attempt was unsuccessful and life saving measures were administered. Despite the heroic efforts of the veterinary team, the vaquita did not survive.”

The project had already drawn opposition from a number of conservation organizations, and now the tragic loss of yet another individual, especially a female, has led to calls to end the project immediately.

The Animal Welfare Institute (AWI) said in a statement, “While our organization acknowledges that the VaquitaCPR program was borne out of a desperate, yet well-intentioned, desire to save the species, we believe that given the extreme risks involved, the vaquita capture plans must be brought to an immediate halt. These tiny porpoises do not respond well to the stress of capture, and not a single additional vaquita should be deliberately put in danger in this way.”

Hopefully the project will be abandoned before causing any more harm, and efforts will be focused back where they need to be on enforcing the ban on gillnets, and removing those that are putting this rare porpoise at risk of going extinct.

“Unless illegal fishing is ended through rigorous and stepped-up enforcement, and gillnets can no longer be found in the Upper Gulf, the regulations of the ban will remain inadequate to save the vaquita from extinction,” added AWI.

For more on how to help, check out Boycott Mexican Shrimp.

We invite you to share your opinion whether gillnets should be banned in the Upper Gulf to save the Vaquita? Please vote and leave your comments at the bottom of this page.