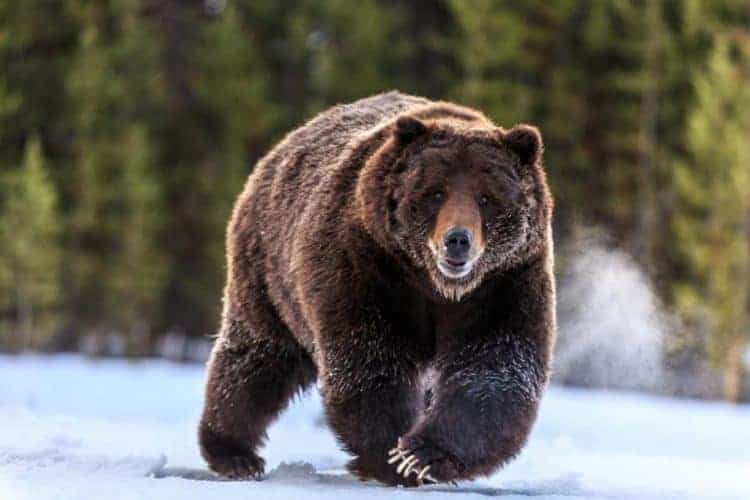 The federal government is proposing to strip endangered species protections from Yellowstone’s famed grizzly bears, with officials claiming a “historic success” in the recovery of the bear population.

The US Fish and Wildlife Service (FWS) said it planned to delist one of the last remaining grizzly populations from the Endangered Species Act, which has protected them since 1975. In this time, the FWS said, the bear population around Yellowstone National Park has rebounded from 136 bears to more than 700.

This recovery has led to calls from Idaho, Montana and Wyoming – the states that contain and surround Yellowstone – to remove the bears from the act’s protection. The states have argued that selling licences for hunting would generate huge sums of revenue and help ranchers who lose livestock to bears.

The FWS has agreed to the delisting as long as a conservation plan is followed to ensure the grizzlies are not imperilled in the future. Currently, the animals cannot be shot or removed unless there are exceptional circumstances.

“The recovery of the Yellowstone grizzly bear represents a historic success for partnership-driven wildlife conservation under the Endangered Species Act,” said Dan Ashe, director of the FWS.

“Even with this proposed delisting, the service remains committed to the conservation of the Yellowstone grizzly bear, and will stay engaged to ensure that this incredible species remains recovered.”

The Yellowstone grizzlies now roam an area of more than 22,500 square miles, an area larger than the states of New Hampshire, Massachusetts and Rhode Island combined. But even this area is a sliver of the species’ former territory, which once stretched across the US west.

Historically, grizzly bears were found from Alaska to Mexico, numbering up to 50,000. European arrival was a low point for the bears, which were shot, poisoned and trapped to near extinction. Today, about 1,500 grizzly bears remain in a number of isolated populations in the lower 48 states, with the animals more abundant in Alaska.

Conservationists have opposed the delisting of the Yellowstone grizzlies, claiming that it was premature.

Andrea Santarsiere, a staff attorney with the Center for Biological Diversity, said the organisation was disappointed in the Obama administration for removing the protections of the act.

“Yellowstone’s amazing grizzly bears are loved by people around the world, and they deserve a real shot at survival,” she said.

“It’s frustrating to see the Fish and Wildlife Service moving to strip protections for bears when these majestic creatures live in just a tiny fraction of their historic range and face a slew of ongoing threats. The science just doesn’t support removing protections for Yellowstone’s bears right now.”

This article was first published by The Guardian on 03 Mar 2016.

We invite you to share your opinion whether Yellowstone’s grizzly bears should face end of endangered species protection? Please vote and leave your comments at the bottom of this page: