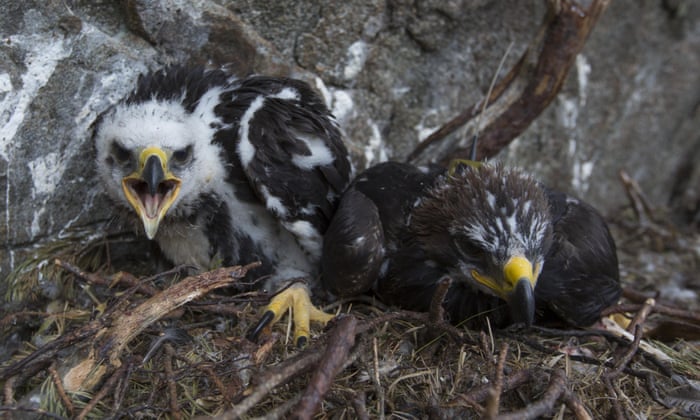 Highland estates could be forced to apply for licences to shoot grouse in a further crackdown by Scottish ministers on the illegal persecution of birds of prey.

Aileen McLeod, the Scottish environment minister, said she had ordered a review into the stricter legal controls imposed on game estates in Europe as conservationists disclosed that at least 779 protected birds had been illegally killed over a 20-year period in Scotland.

The Royal Society for the Protection of Birds (RSPB) said it believed this death toll, which includes the killing of 37 golden eagles and 104 red kites, was a fraction of the total number they suspect had been shot, poisoned or illegally trapped by gamekeepers and farmers since 1994.

Scotland already has some of the strictest rules on wildlife persecution, including “vicarious liability”, new powers where the owner of an estate can be taken to court for the actions of their employees or evidence of systematic persecution on their land.

But RSPB Scotland said that was failing to fully curb illegal killing.

Its latest annual figures for 2014 showed there had been eight cases of illegal poisoning, including the deaths of 12 red kites and four buzzards in one cluster at Connon Bridge in the Black Isle – the largest number ever poisoned in a single proven incident in the UK.

In addition, there were 16 cases where traps, shooting, nest destruction and attempted persecution was proven, involving buzzards, peregrines, hen harriers and eagles in 2014.

Stuart Housden, the director of RSPB Scotland, said landowners efforts to stem persecution were mostly voluntary and were clearly failing. “People are ignoring the law and ignoring what’s going on in many places; we have bird populations with serious problems,” he said.

In Spain and Germany – two countries now being studied under the Scottish government review, shooting estates were licensed and could lose their licences if persecution came to light – a system no UK government has previously considered.

Ministers have not committed to a formal licensing system for Scotland, but have asked Scottish Natural Heritage (SNH) to investigate the options. McLeod confirmed on Thursday that SNH had just invited tenders for the review.

Paul Wheelhouse, her predecessor, told Holyrood last year: “The Scottish government is determined to stamp out this deeply unpleasant and pernicious criminal behaviour. If and when we judge it necessary, I am committed to taking further action. If that involves licensing certain types of businesses, we will do so.”

Ian Thompson, head of investigation for RSPB Scotland, said discovering poisoned or shot birds was a matter of luck; many perpetrators – who were trying to protect their grouse or pheasant shoots – covered up their crimes or birds never found.

This isn’t the work of a few rogue individuals

There had been 171 cases of poison baits or non-target species such as domestic cats and dogs found poisoned. There had been 134 cases were illegal traps were set or other attempts at persecution detected.

That pointed to systematic, widespread persecution, said Thompson: “This isn’t the work of a few rogue individuals. It is widespread and concentrated where shooting management takes place.”

RSPB Scotland said red kite, hen harrier and golden eagle populations were at an unnaturally low level in game shooting regions, in the Highlands, Angus near Dundee, and southern Scotland as a direct result of the persistent persecution.

There had been a 23% fall in hen harrier numbers recorded to 2010; there were hundreds of pairs of red kites missing from the Black Isle area north-east of Inverness and perhaps several hundred pairs of golden eagles more than the 442 breeding pairs now living in Scotland.

A recent Scottish Gamekeeper Survey had found 53% of golden eagle territories on grouse moors were occupied; Ian Thompson, head of investigations for RSPB Scotland, said that 66% should be in active use. Even those which were occupied, were held by a solitary bird, not a breeding pair.

The latest annual figures for 2014 showed there had been eight cases of illegal poisoning, including the deaths of 12 red kites and four buzzards in a cluster at Conon Bridge in Ross-shire – the largest number ever poisoned in a single proven incident in the UK.

In addition, there were 16 cases where traps, shooting, nest destruction and attempted persecution was proven, involving buzzards, peregrines, hen harriers and eagles in 2014.

The Scottish Moorland Group, which represents shooting estate owners, challenged the RSPB’s position that there was no downward trend over the last 20 years, arguing that there had been a noticeable decline in incidents in recent years.

Landowners were themselves taking action, said Tim Baynes, director of the Scottish Moorland Group. “The most striking fact about bird of prey deaths in Scotland is that they declined over the last 20 years and have fallen dramatically over the last five years in particular,” he said.

This article was first published by The Guardian on 17 Dec 2015.

We invite you to share your opinion whether grouse shooting on highland estates should be banned? Please vote and leave your comments at the bottom of this page:

In the event that you voted to ban grouse shooting, please sign the petition: