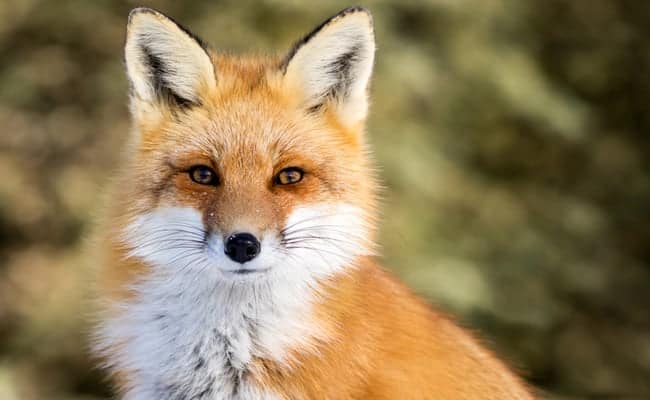 Animal advocates have continued to work towards a world where fur isn’t fashionable, but even with a growing list of victories that include designers ditching fur and bans on fur farming, faux products are still causing big problems for animals.

The Humane Society International UK (HSI UK) and Lush Cosmetics have joined forces to launch a #WhatTheFur?! campaign at Lush stores across the nation to help raise awareness about the cruel industry and how otherwise caring consumers are being misled into buying the real thing. Last week, they kicked off the campaign with the premiere of Klatki, a new short documentary that shows how fur is making an “insidious comeback.”

“We know from our own experience that what customers want from companies is cruelty free products, transparency and honesty. The public think that, because of public pressure, fur was banished from UK high streets decades ago. They will not thank brands that are either mistakenly or negligently putting real fur onto their customers.

It is time for everyone in the supply chain to take responsibility, or customers will lose faith. We are happy to help Humane Society International in this important campaign, to help empower customers and to remind the government that current fur policy is neither consistent nor in line with public feeling,” said Hilary Jones, Lush ethics director.

Fur farming was banned in the UK in 2000 on moral grounds, and the EU currently has a ban on fur from domestic cats, dogs and commercial seal hunts.

However, even though fur farming itself was banned, the UK still allows the import of fur products that are produced abroad from a variety of animals, including fox, rabbit, mink, coyote, raccoon dog and chinchilla.

The industry has continued to be exposed for insidious cruelty to furbearing animals, whether they’re raised and killed on fur farms or trapped in the wild. But perhaps more troubling is that products that are labeled as faux are often the real thing, and the cost to produce it makes it cheap. An investigation conducted by HSI UK earlier this spring exposed many well-known stores for selling faux fur that was really made from animals including cat, rabbit, raccoon dog, fox and mink, despite claims that they were fur-free.

“British consumers will be shocked to learn that they are being duped into buying real animal fur. Partnering with Lush gives us a unique opportunity to reach shoppers across the country who are unaware that trusted brands and independent retailers alike can be caught out selling real animal fur at deceptively cheap prices, described as ‘faux’ or ’100% acrylic,’”said Claire Bass, executive director of HSI UK.

HSI UK previously pointed out that banning fur farming on moral grounds, and fur from just some species in the UK, makes little ethical sense when all furbearers suffer for this industry, but pushing for a total ban likely would have been challenged by EU members that still allow fur farming. Now, the organization believes Brexit offers an opportunity to push for a total ban on the import of fur from all furbearing animals, which would be in line with what a majority of consumers want.

“As an urgent first step we’re calling on the government to introduce mandatory, clear labelling of all animal fur in order to protect both animals and consumers, but ultimately the government must use Brexit as an opportunity to close UK borders to the cruel, outdated and unnecessary fur trade,” added Bass.

You can help by signing and sharing the Humane Society International UK’s Care2 petition calling on the government to take a stand for all furbearing animals by making Britain fur free.

You can also help keep the pressure on by signing and sharing the petition urging Versace to join the growing list of designers who have ditched fur.

We invite you to share your opinion whether legislation should be enacted to make Britain “Fur Free”? Please vote and leave your comments at the bottom of this page.