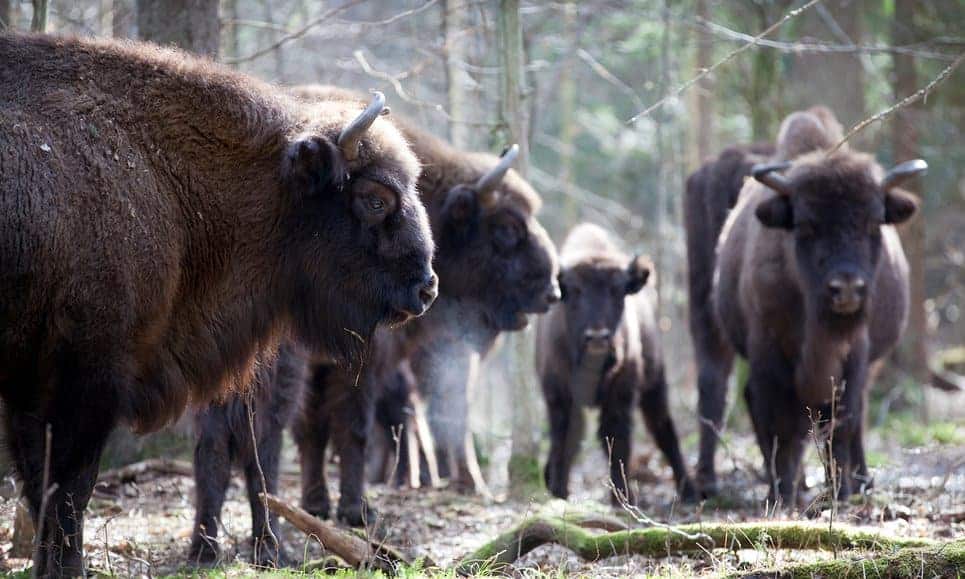 Officials say limited hunting allows for a controlled elimination of weak animals and earns money for care for the herds. But opponents say Europe’s largest mammals are endangered and protected by law.

Greenpeace has gathered 9,000 signatures on a letter asking the prime minister, Beata Szydło, to stop the plan.

There are more than 1,500 bison in Poland, mostly living freely in state-owned reserves but also on private farms. The bulls can weigh more than 900kg (1,984lb) and stand 1.9 metres (6ft 2ins) tall.

Authorities have allowed the hunting of 10 bison in the Borecka forest before April, saying the herd there is too large and threatened with tuberculosis. With 15 calves born in 2016, the herd has 111 animals; officials say it should be around 95.

Some sick bison have been shot in other regions in Poland in recent years. Paid events are regularly organised for foreigners who want to hunt deer, wild boar, hares or other small wild animals.

This article was first published by The Guardian on 02 Jan 2017.

We invite you to share your opinion whether Poland’s bison hunting plan should be allowed to go ahead? Please vote and leave your comments at the bottom of this page:

In case you voted to stop Poland’s bison hunting plan going ahead, please sign the petition:

I support the protection of the entire Bialowieza Forest in Poland: