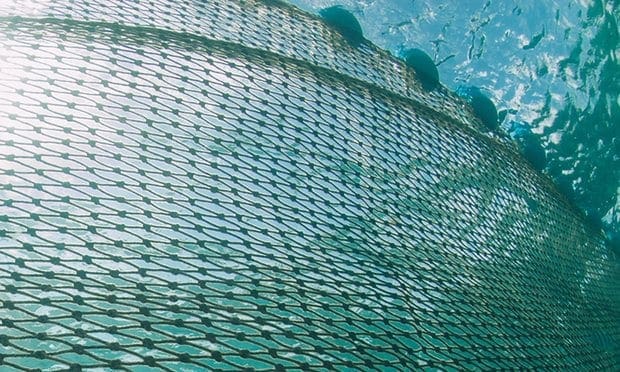 Mike Baird has this week announced a plan for a six-month trial of shark nets off the beaches of northern New South Wales. This would extend the state’s shark net program from the 51 beaches now netted between Wollongong and Newcastle.

The premier’s announcement was triggered by a surfer receiving minor injuries on Wednesday after he was bitten by a shark at Sharpes beach near Ballina.

The decision marks a turnaround in Baird’s position on sharks. For more than a year he has acknowledged the importance of addressing the issue and has adopted a measured, long-term, non-lethal approach towards managing shark hazards. Specifically, the NSW government has, in the past year, allocated funding and resources to non-lethal strategies including surveillance, research and education.

Killing sharks has become highly controversial in Australia, and in NSW shark nets have been a focus of ongoing, polarising debate.

The decision to introduce nets in the state’s north invites us to revisit some common misunderstandings about this strategy.

First, there is wide misunderstanding about what shark nets are and what they do. The nets used in the NSW shark meshing (bather protection) program do not create an enclosed area within which beachgoers are protected from sharks.

They are fishing nets, which function by catching and killing sharks in the area. Nets are 150 metres long, 6 metres deep, and are suspended in water 10 to 12 metres deep, within 500 metres of the shore.

Second, whether the nets work is still up for debate. Shark nets have been used in NSW since 1937. Since then, the number of netted beaches, methods for deploying nets, and data collection and record-keeping methods have changed, and data sets are incomplete.

Our use of the beach and ocean has also changed dramatically. There are more people in the water, in new areas, and we’re using the ocean for different activities. At the same time, our observation of sharks and emergency response have improved dramatically.

The suggestion that nets prevent shark encounters is an oversimplification of a complex story, a misrepresentation of both technology and data, and it misinforms the public.

And finally, shark nets cannot be a long-term solution. They are outdated technology based on outdated thinking, developed 80 years ago.

They go directly against our international responsibility to protect threatened species (under the International Union for the Conservation of Nature and our own Environment Protection and Biodiversity Conservation Act), and our national priorities for protecting marine environments and species, including several shark species.

We know that shark nets in NSW kill on average at least 275 animals a year (measured between 1950 and 2008), and that the majority of those killed pose no threat to people. We can do better than this.

Learning from the (very) recent past

Right now we have an opportunity in NSW to learn from experiences in Western Australia. In 2012 the WA government, under Colin Barnett, introduced hooked “drumlines” to kill sharks in an attempt to reduce the risk of shark bites.

The response to the new policy was a highly polarised debate and extraordinary public outcry, including two public protests at Perth’s Cottesloe Beach that attracted 4,000 and 6,000 people, and protests in 11 other cities around the country, including 2,000 at Sydney’s Manly Beach.

The state’s Environmental Protection Authority received a record number of 12,000 submissions from scientific and other experts presenting reasons to cease the cull. The WA government heeded the EPA’s recommendation and cancelled the policy.

Our research with ocean users conducted during this period showed that perspectives are diverse (we surveyed 557 WA-based ocean-users using quantitative and qualitative research methods).

Among people who use the ocean regularly, some strongly oppose killing sharks; others are ambivalent; and a smaller number of people are in favour. People’s views and understandings are nuanced and carefully thought through.

But within this group the strategies for managing shark hazards that were most strongly supported were improving public education about sharks, and encouraging ocean users to understand and accept the risks associated with using the ocean. Other widely supported strategies included developing shark deterrents and increasing surveillance and patrols.

The most strongly opposed approaches were those that killed sharks including culling, proactive catch-and-destroy measures, baited drumlines and shark nets.

We have been making good progress in Australia on public discussion and investment in more effective and ethical approaches for reducing shark bites. This week’s move to introduce an outmoded technology to the north coast promises to further divide the community.

We should continue to invest in developing strategies that better reflect our contemporary understanding of marine ecosystems. Perhaps we also need to consider (temporarily) altering the way we use the ocean, avoiding areas of higher-than-usual shark sightings.

This article was first published by The Guardian on 13 Oct 2016.

We invite you to share your opinion whether shark nets should be used to protect swimmers? Please vote and leave your comments at the bottom of this page: