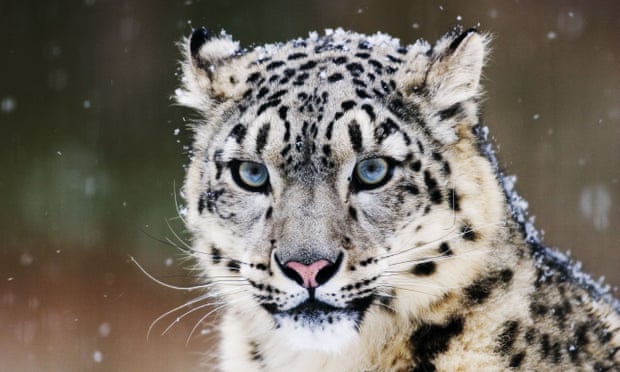 Hundreds of snow leopards are being killed every year across the mountains of central Asia, threatening the already endangered big cat, according to a new report.

There are as few as 4,000 of the solitary and elusive cat remaining and numbers have fallen by a fifth in the last 16 years.

But between 220 and 450 are killed each year, found the report from Traffic, the wildlife trade monitoring network, published on Friday ahead of a meeting on the crisis at the UN in New York. The number could be much higher, the NGO warned, as killings in remote mountain areas often go undetected.

Over half the so-called “ghosts of the mountains” are killed by farmers in retaliation for attacks on livestock and 20% are trapped by snares set for other creatures. Another 20% are killed for the illegal fur trade, though pelts from snow leopards killed for other reasons are often sold on.

To reduce the killings, the report’s authors recommend the roll-out of leopard-proof corrals for yaks and horses and insurance schemes for farmers. Such schemes are already being tested, for example in a village in the Indian state of Himachal Pradesh. The natural prey of snow leopards are Himalayan blue sheep and ibex, but their numbers have fallen as their habitat is converted to farmland.

Stronger law enforcement is also needed, said Traffic, with less than a quarter of known cases of snow leopard poaching investigated and just one in seven prosecuted.

Snow leopards live in 12 nations but more than 90% of the reported snow leopard poaching takes place in five countries: China and Mongolia, which host most snow leopards, as well as Pakistan, India and Tajikistan, which each have just a few hundred of the animals.

The report found up to 200 snow leopards are being illegally traded each year, with China and Russia the most frequent destinations for animals poached in other countries and Afghanistan also a major illegal market. But the number of pelts seized has fallen sharply in recent years, particularly in China, perhaps because of increasing enforcement.

“Even if there is reduced demand for snow leopard skins, the killing will continue unless we all work together to drastically reduce human-wildlife conflict and ensure that mountain communities can co-exist with snow leopards,” said Rishi Sharma, from WWF and a co-author of the report. “Compensation schemes and innovative predator-proof corrals are making a difference but we urgently need to expand these to benefit communities – and snow leopards – across Asia’s high mountains.”

The leopards at also at risk from climate change, with warming temperatures threatening to leave a third of their habitat uninhabitable as the tree line shifts up the mountains and causes farmers to plant crops and graze livestock at higher altitudes.

This article was first published by The Guardian on 21 Oct 2016.

We invite you to share your opinion whether snow leopards should be protected by stronger law enforcement? Please vote and leave your comments at the bottom of this page: