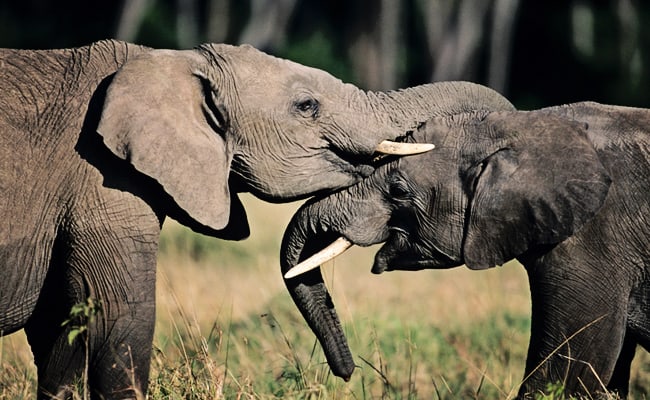 Earlier this month an announcement that a ban on sport-hunted elephant trophies had been lifted caused some major public outrage, but now wildlife advocates are headed to court to stop American trophy hunters from further imperiling some of the earth’s most iconic species.

At the beginning of March, the U.S. Fish and Wildlife Service (FWS) quietly announced that it would lift the ban on elephant and lion trophy imports from from several range countries, and said it would be approving imports on a case-by-case basis. Although no permits to import elephant trophies have been issued, 37 permits for lion trophies from Zimbabwe and Zambia have been issued since October when a similar ban was lifted.

The news came just weeks after President Trump indicated that the bans wouldn’t be lifted, which followed some major public outcry over the issue.

Now, a coalition of conservation and animal advocacy organizations, including the Center for Biological Diversity, the Humane Society of the United States, Humane Society International and Born Free USA, along with safari guide and photojournalist Ian Michler, are suing.

They’re arguing that what the FWS is now attempting to do flies in the face of a December court ruling that requires it to seek public comment and consider the best available science before making decisions about whether trophy hunting endangered species in specific countries is actually promoting conservation.

“Elephants shouldn’t be killed for cheap thrills, and the Trump administration shouldn’t make crucial trophy hunting decisions behind closed doors,” said Tanya Sanerib, international program legal director at the Center for Biological Diversity. “Federal wildlife officials seem to be thumbing their nose at President Trump after he called for an end to the horror show of trophy hunting.”

Ultimately, they’re seeking to stop any trophies from elephants and lions from entering the U.S. until the FWS conducts a scientific and public review.

“These are sentient and imperiled animals being gunned down for fun,” said Prashant Khetan, CEO and General Counsel of Born Free USA. “Threatened species deserve better than to be shot and stuffed. These animals belong in the wild, not on living room walls.”

Polls show that a vast majority of Americans have already expressed their opposition to killing elephants and lions for fun and importing their body parts, but continued public pressure is needed to keep this issue in the spotlight, and to stop a small special interest group from being allowed to perpetuate the threats against these species.

While this case plays out in court, you can help by signing and sharing the petition urging Congressman Raul Grijalva to introduce legislation that would reverse the current administration’s decision to allow trophy imports.

We invite you to share your opinion whether the ban on hunting trophy imports should be restored? Please vote and leave your comments at the bottom of this page.