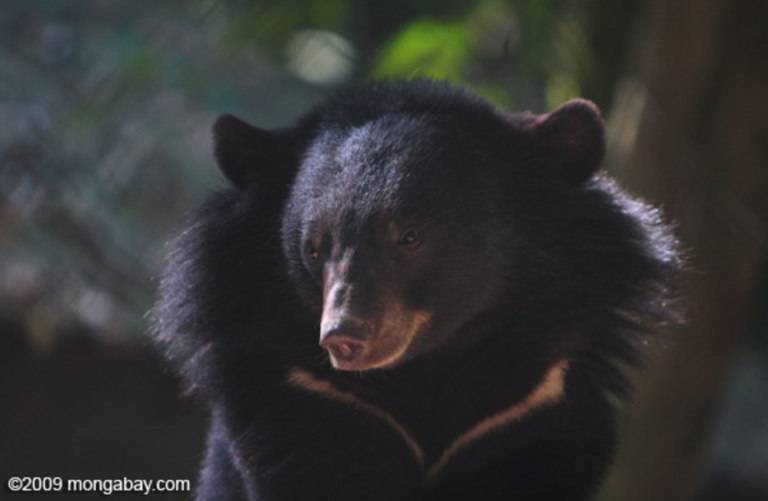 In 2005, the Vietnamese government made it illegal to extract bile from bears. But the illegal trade in bear bile and gall bladder is still going strong, more than ten years after the ban, according to a new report.

More than 13,000 bears are thought to be held captive in bile extraction farms across Asia, according to TRAFFIC. Of these China, where the domestic sale of bear bile remains legal, is believed to hold over 10,000 captive bears. Vietnam, where trade in bear bile is illegal but keeping bears in farms is not, is thought to hold some 1,250 animals.

In a study that investigated the extent of bear trade in Asia between 2010 and 2011, researchers from TRAFFIC identified Vietnam as a significant producer and consumer of bear bile products.

Some 40 percent of the 70 outlets surveyed in 2016 had bear products for sale, down from 56 percent in 2012, the team found. While there has been a slight decline, bear parts continue to be sold illegally across the country, the researchers note.

Outlets sell bear bile in different forms — raw bear bile, gall bladder (sold either whole or per gram), powder, pills and flakes. But raw bear bile, sold in vials, remains the most frequently traded bear product. Most of this bile is reportedly sourced from captive bears in the country, according to the traders.

An Asiatic black bear rides on a truck to a sanctuary in Vietnam. It was rescued from an illegal bile farm. Photogrpah by HOANG DINH NAM, AFP, Getty Images

The most expensive product for sale is bear gall bladder, its price varying between $38 and $960. Most of the traders selling gall bladder told the TRAFFIC team that unlike raw bile, gall bladderswere mostly sourced from wild bears in Vietnam, Lao PDR, Russia and Thailand.

In fact, price of gall bladders varied based on the source — farmed or wild bear — with consumers willing to pay more for wild-sourced, freshly harvested products.

But the number of outlets selling gall bladder seems to have dropped between 2012 and 2016, the team found.

“Although our study found bear bile farming is unlikely to be profitable and is in decline in Viet Nam, the sale of wild-sourced products is particularly alarming and highlights the ongoing threat to bear populations across Asia,” Lalita Gomez, a Project Officer with TRAFFIC, said in a statement.

Repeated surveys of both the Asiatic black bear and the sun bearin the wild in Vietnam have revealed very low number of bear sightings, suggesting that the wild populations of both species could be approaching local extinction in the country, the researchers write. Bear farming is likely to have exacerbated the threats to wild bear populations, they add.

The researchers say that it might already be too late to save wild bear populations in the country, but Vietnam can still play an important role in limiting illegal cross-border trade in wildlife parts.

To support the recovery of wild populations of both species, the TRAFFIC team recommends immediate confiscation, rehabilitation and long-term care of captive bears in farms, and closing down of all bear farms in Vietnam. The team also recommends continuing actions to reduce consumer demand for bear products.

Animals Asia, a Hong-Kong based NGO working with the Vietnamese government, has already rescued 165 bears, and successfully rehabilitated 151 of them into sanctuaries, including four moon bearsin the last week, the authors write in the report.

This article was first published by Mongabay.com on 18 Nov 2016.

We invite you to share your opinion whether the bear bile trade ban should be strictly enforced? Please vote and leave your comments at the bottom of this page: