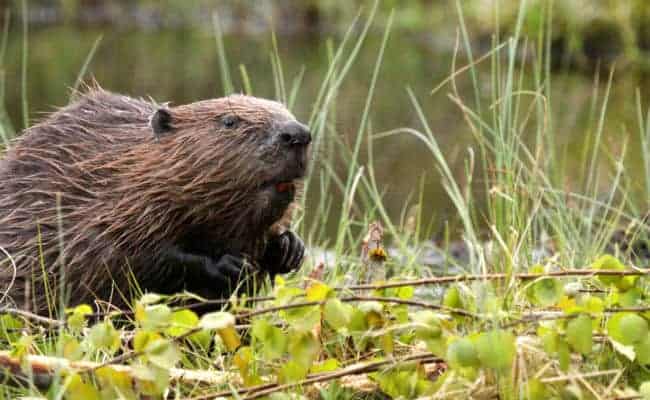 For the first time in 400 years, beavers will be reintroduced to the Forest of Dean in a major trial project.

Two adult beavers and two juveniles — known as kits — will be released into a 6.5 hectare enclosure in Lydbrook, England. This may be the first of several such rewilding schemes, as the government establishes a new framework for species reintroduction with potential environmental payoffs.

In this case, scientists hope that the beavers will do what they do best: build dams and alter habitats into wetlands. The reintroduction primarily aims to aid flood management efforts in the area and increase biodiversity in the Forest of Dean.

The beaver has a special place in English heritage and the Forest of Dean proposal is a fantastic opportunity to help bring this iconic species back to the countryside 400 years after it was driven to extinction. The community of Lydbrook has shown tremendous support for this proposal and the beavers are widely believed to be a welcome addition to local wildlife.

The beavers will be closely monitored by wildlife scientists after their release in the spring of 2018.

Targeted by hunters for their fur and oil, beavers were almost completely wiped out in the UK 400 years ago, and only handfuls of breeding pairs survived in captivity.

In recent years, however, small trial projects have explored whether the beavers’ natural ability to reshape the landscape could address pressing environmental concerns, like flooding. While birch, aspen and oak trees have thrived in the absence of beavers, these species are space and resource-intensive. Their wide canopies can choke plants growing beneath them and limit biodiversity.

When scientists performed a trial in Devon, England, they observed firsthand how just one pair of beavers was able to reverse this problem in their habitat.

Behind this fence, every species – plant and animal– depends on the behaviour of just one: the Eurasian beaver. Since their introduction in March 2011, a breeding pair of these large rodents has been as busy as, well, beavers.

They have raised a family. They have built a lodge to live in and gouged deep canals through the land for getting out and about. And, of course, they have chopped down trees and built a series of 13 dams from sticks and mud. The woodland stream has been, and is being, transmogrified into wetland.

The Eurasian beaver has been reintroduced in nearly every other European country it once called home, and significant data shows broad and lasting benefits from rewilding efforts.

The quizzical and charismatic beaver can also stand to benefit the tourism industry. When properly managed, wildlife viewing excursions and other outings can help stimulate local economies, while creating a communal sense of goodwill towards the beavers.

Most encouragingly, however,beavers can provide flood defenses and divert water away from key areas of natural importance — potentially alleviating flood risk to nearby villages.

But, as ever, there’s a catch.

Farmers tend to dislike beavers for the very same reason: Their ability to divert water can destroy agricultural land. The Scotsman reports that, when Scotland attempted to reintroduce beavers over the past few years, farmers shot the animals before legal protections were in place.

The National Farming Union’s environment forum chair Mark Pope has stated that while the scheme is welcome, risk assessments should take place before any future widespread releases.

The Forest of Dean release into a secure enclosure is a good opportunity to further learn about the consequences of beavers on the landscape. However, it is vital this release is closely monitored to ensure no beavers are allowed to escape into the wild, which could have potentially serious implications on farmland such as land drains being blocked in lowland arable fields.

The agricultural industry clearly has an interest in preserving farmland, but the needs of other stakeholders must be considered to. Although some drawbacks to beaver reintroduction certainly exist, the environmental benefits of these creatures tend to outweigh any concerns.

Hopefully this trial can lay the groundwork for beaver reintroduction on a broader scale, while minimally impacting agriculture. The success of beavers in other parts of Europe demonstrates that the species may just prove to be a critical habitat management strategy.

We invite you to share your opinion whether the Beaver should be “rewilded” in the UK? Please vote and leave your comments at the bottom of this page.