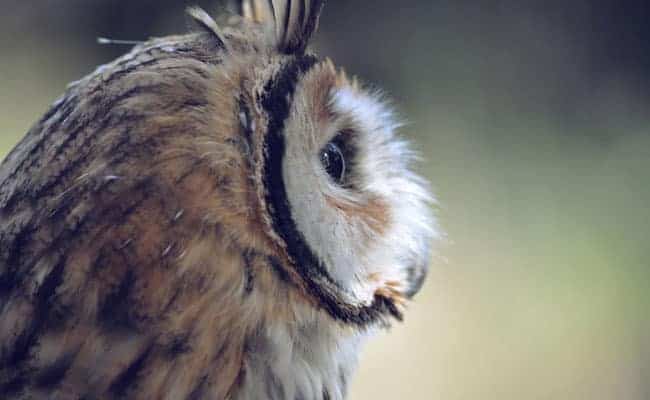 When you hear the words “Harry Potter,” certain indelible images come to mind. You likely remember Harry, Hermione and Ron. And you probably think of Hogwarts and all those fascinating professors of magic. But don’t forget the magnificent owls. You’d love to you get your mail delivered by a friendly owl, wouldn’t you?

Of course, that’s all fiction. Unfortunately, though, where those owls are concerned, people seem to forget that they aren’t meant to be pets. You see, those lovely, inspiring Harry Potter novels and movies might be responsible for sparking an upsurge in the illegal black market for owls,according to a new study.

You’ll recall that each Hogwarts student had some type of animal familiar. Harry’s happened to be a beautiful white owl named Hedwig. The books and movies included several scenes in which students communicated with family and friends by “sending an owl,” which carried a message much like a carrier pigeon would.

Indonesia, where birds have long been a popular type of pet, has witnessed a spike in demand for pet owls. In that country, the Harry Potter books first came out in 2000 and the movies were released in 2001.

This study, published in the journal “Global Ecology and Conservation,” discovered a rather striking correlation between Harry Potter’s popularity and the rise in demand for owls.

Vincent Nijman and co-author Anna Nekaris of Oxford Brookes University found that only a few hundred owls were traded in Indonesian bird markets in 2000. But after Harry Potter became a worldwide sensation, the number of owls captured for sale zoomed to a heartbreaking 13,000 birds per year by 2016.

These owlsare mostly wild-caught, which means this trade relies on poaching — and is, therefore, illegal.

“In the 1990s, when surveying the bird markets I would typically see one or two owls for sale amongst the thousands of wild-caught birds on offer but equally often not a single owl was on display,” Nijman said in a statement. “Now, returning to those same markets we can see dozens of owls for sale of a wide range of species and owls are always present, all taken from the wild.”

The increase in the number of owls offered for sale since 2010 not only in Jakarta but throughout Java and Bali, coincided with an increase in the number and level of organization of the pet owl communities, online and offline, and this, as much as the Harry Potter films and novels, might explain the popularity of owls as pets in Indonesia.

And tragically, the study’s authors say about 2,000 of the captive owls they saw in cages in bird markets were downy chicks. These owls had obviously been stolen from their nests. At such a young age, few would likely survive more than a few weeks.

“It is particularly heart breaking to see nocturnal animals like owls in the markets,” Nekaris said in the statement. “Looking stunned and stressed under the bright sun, they are often only fed water and rice, making the situation all the more pitiful.”

While no one wants to blame the Harry Potter phenomenon for what’s befallen Indonesia’s owls, the indicators are all there. Nijman, a wildlife-trade researcher, saysHarry Potter “normalized keeping owls as pets.”

The Malaysian name for owls is Burung Hantu, but these days they call them Burung Harry Potter– “Harry Potter birds.”

Ultimately, of course, this isn’t really Harry Potter’s fault. The blame should be attributed to all the unthinking people who believe that, because they see a tame animal in a movie, it might be cool to own one. To those people, I say: You’re not being cool; you’re just demonstrating incredible ignorance.

The most traded owl is the scops owl. Scops owls are endangered, which makes this issue even more serious. Unfortunately, Indonesia isn’t doing anything to stop this illegal black market trading.

And that’s surprising, considering that under Indonesian law, wildlife trade is prohibited when there is no officially designated quota.

Indonesia, it’s time for you to do something. Every owl sitting sad, frightened and lonely inside a cage is just waiting to die in captivity. Show the world that this issue matters to your country.

We invite you to share your opinion whether the illegal Indonesian owl trade should be closed down? Please vote and leave your comments at the bottom of this page.

Would suppose that when trafficking in human slaves ended, it was because every country one by one took the initiative to that end, but no sign that will ever happen for animals, which each country holds as it’s own country’s ‘resource.’ No other country can tell Indonesia’s Govt. what to do as far as protecting IT’S owls. In the U.S. each state holds IT’S wildlife as a ‘resource’ belonging to the state. To hunt or whatever they choose to do w/ wildlife & would definitely not accept advice from Indonesia. ‘Educate the public?’ The same Indonesian public who patronize the… Read more »

YES of course. It is also Illegal. Voted

HOW CAN SOME VOTE NO AND DON’T KNOW ? WTF KIND OF PEOPLE ARE THEY !!!

Of course it should

Had no idea this was going on and how awful is this? Bit like everyone wanting a dalmation after the Disney film was released and maybe we need big warnings on anything that involves an animal, as the stupidity of people is beyond me.

Couldn’t agree more, Really wish more of the so-called superior beings would show compassion for all beautiful animals, without trying to control, abuse or kill them for their amusement. This is so heartbreaking