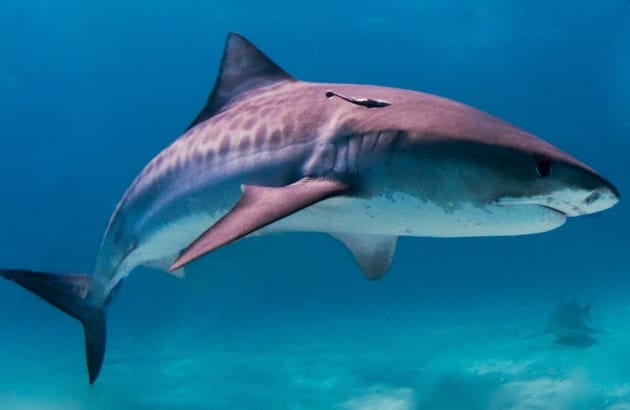 Shark finning in Canadian waters is illegal, but due to a lapse in legislative action there is currently no national ban on importing shark fins from regions where the practice remains legal. And animal rights advocates say that has to change.

Shark finning has actually been illegal in Canada since 1994, meaning that no shark fin operations can take place in Canadian waters. However, imports of shark fins or shark fin-derived products are not subject to this national ban.

At the time, some argued that because shark fin products were not widespread throughout Canada, the ban on domestic finning would be enough to ensure that the practice was stamped out. Meanwhile, others claimed that Canada’s Convention on International Trade in Endangered Species of Wild Flora and Fauna (CITES) and the Species at Risk Act (SARA) would provide adequate protection to sharks.

Unfortunately, this is not the case.According to Canada’s branch of Humane Society International, shark fin imports have continued to enter the country, and both CITES and SARA fail to protect most endangered shark species that are subject to finning. In fact, Canadian law only protects three sharks: basking sharks, whale sharks and great white sharks.

The main driver of shark fin imports tends to be a desire for the infamous Chinese dish — shark fin soup. 2012 figures show that Canada imported 106,000 kg of shark fins. And even though Canada’s consumption is not the largest in the world, the threat to endangered sharks remains a pressing concern.

And this, of course, says nothing about the barbaric practice itself of removing a shark’s fin and leaving it to die.

A number of federal efforts have attempted to close legal loopholes that allow this import practice to continue, but until now they have failed.

The latest effort — legislation known as Bill S-238, or the Ban on Shark Fin Importation Act — was introduced by Senator Michael L. MacDonald earlier this year. S-238 has now reached its second reading in Canada’s Senate. During that reading in June, MacDonald characterized the bill as a chance for Canada to take an international lead on the issue.

It’s unclear whether the bill has enough support to finally pass, but it would certainly be popular among the public. Over 80 percent of Canadians support the ban, and a sizable proportion of Canadians appear to mistakenly believe that the shark fin ban already includes imports.

In the mean time, several cities and provinces have tried to close the gap themselves by legislating against shark fin imports –but not without resistance.

A number of local governments in Ontario have passed regulations barring shark fin imports, while Calgary, Toronto and other cities have done the same. However, a lobby of Chinese restaurants and investors have petitioned the courts to overturn such bans. Toronto’s original ban was overturned by the courts in 2012 for exceeding the city’s powers.

This opposition has presented a retarding force on other bylaws being brought forward because there is concern that any such policies will be challenged in court. There is also a wider belief that shark fin imports require federal action before local governments can enforce such restrictions.

Nevertheless, some city governments remain undeterred and continue to press the issue. In May of 2017, Toronto passed a resolution in which it made expressly clear that the city supports Bill S-238.

This action has also prompted campaigners in cities like Montreal to act. Care2 member Melanie Laberge created this Care2 petition demanding that Canada’s government listen to the thousands of people who want to put an end to this practice once and for all. Currently, Melanie’s petition has an incredible 1,070 supporters, but we can do even better than that!

We invite you to share your opinion whether the importing of shark fins should be banned? Please vote and leave your comments at the bottom of this page.