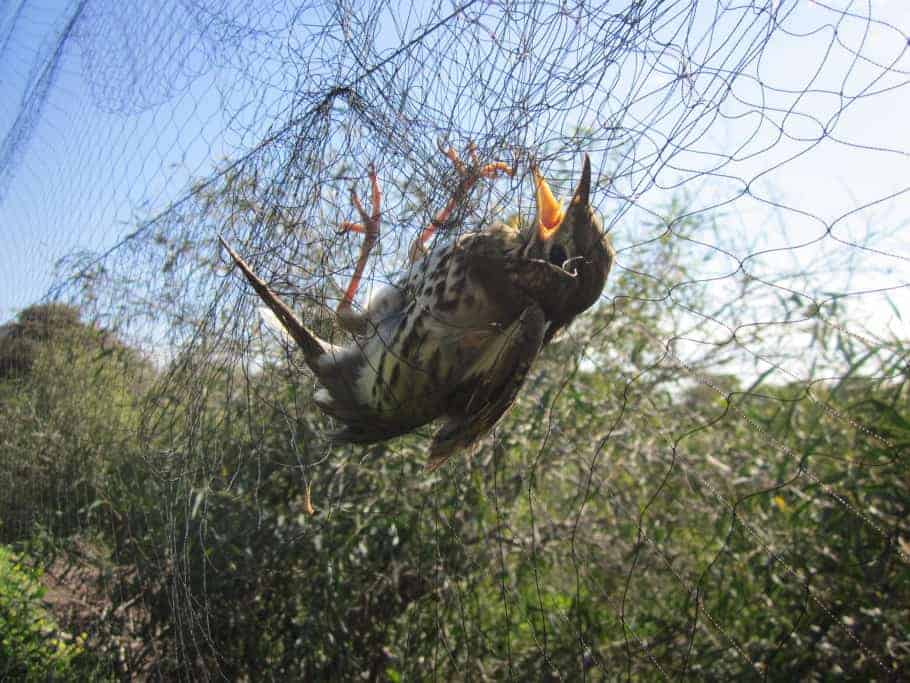 Although migratory birds are protected under EU legislation, hunters continue to blatantly contravene the law in Spain, Italy, France, Cyprus and Malta. The authorities in these countries only pay “lip service” to the legislation but do nothing to prevent the killing of birds.

Albania has recently introduced a 2 year hunting ban, but only time will tell whether the authorities enforce the legislation. Albania had become a destination for Italian tourist hunters, because in the European Union, at least on paper, there are much stricter controls.

The grim fate of migratory songbirds in Valencia, Spain, has been highlighted by a new video filmed (see below) by the Committee Against Bird Slaughter (CABS), which also shows police not responding to a call-out (see video below).

Despite a clear EU ban on such practices, the Spanish authorities take no action against these installations, although these are highly visible and are operated openly by their owners. Heinz Schwarze, CABS President continued: “We have informed the police time and again but no one accepts responsibility.”

We invite you to vote FOR or AGAINST the stopping of the annual killing of migrating birds. Please vote and leave your comments at the bottom of this page.

Taking action to stop the killing …

The Focusing on Wildlife “Sprinters” and other teams are taking part in the “Champions of the Flyway” an international fundraising event. While the racing might be light-hearted, the goal is to raise funding, so that BirdLife International can tackle the illegal killing of migrating birds.

Many readers have already responded to our appeal, and we are well on the way to reaching our goal.

Every donation in GBP receives a 25% supplement from the UK Government, and this goes directly to BirdLife International.

Please support our efforts by making a donation in any currency to BirdLife International Charity Reg. No. 1042125.

Thank you for your support