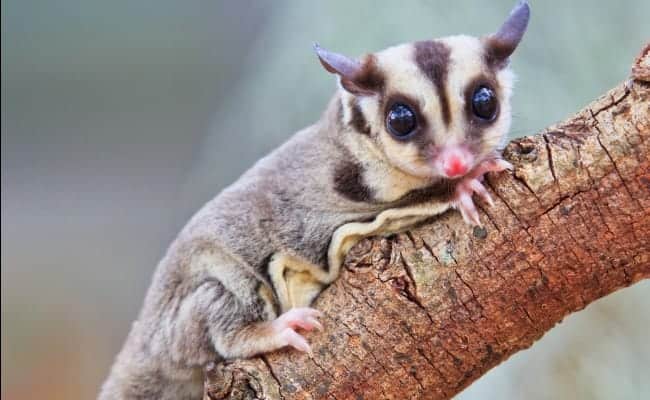 An exotic pet is any animal that would not typically be considered a pet. Animals like snakes, sugar gliders, monkeys and scorpions are becoming more common in private homes. In the United States alone, it’s estimated that over 19 million households now have an exotic pet of some kind.

Many would argue this is a disturbing trend. Many health, ethical and environmental concerns surround exotic pets. If you’re considering getting an exotic pet, these are some important issues to take into account before making your final decision.

Exotic animals have not been specially bred and domesticated for generations like animals such as dogs, cats, rabbits or most farm animals. Even if they’re born in captivity, exotic pets are still essentially wild animals. They have very specific social, physical and psychological needs that are nearly impossible to meet in private homes.

Many exotic animals naturally live in groups, but they are often kept as single pets. They’re unable to interact with other animals, forage for food, travel across large territories or otherwise carry out their normal behaviors.

Instead, they often live alone in basements or small enclosures with very little mental stimulation. They can easily become depressed and bored, which can lead to self-destructive behavior, aggression and illness.

Your safety may be at risk

Natural behaviors for many exotic species can include biting, scratching, spitting or aggressively attacking humans. These can either be playful or defensive if an animal feels threatened.

Sudden behavior changes can easily happen when you’re not prepared and result in very serious injuries. For instance, the reticulated python’s aggressive nature is so well-known that breeders actually recommend having a second person as backup when you feed one just in case it attacks.

Even smaller animals can be dangerous, such as the kinkajou from the rainforests of Central and South America. These small mammals often have a gentle, friendly nature. But when agitated, a kinkajou’s bite is laden with bacteria that can lead to a serious infection. It’s said that Paris Hilton has been hospitalized twice because of her kinkajou named Baby Luv.

Disease is another major concern with exotic animals. They can pass many different bacterial, fungal, parasitic or viral infections on to humans. For example, reptiles and amphibians typically carry Salmonella, and it’s estimated that over 93,000 cases of human Salmonella poisoning are linked to these pets each year in the United States alone.

Are the costs worth it?

Exotic pets are often extremely expensive, both when you first buy them and for ongoing care.

Once you bring your new pet home, you’ll also need to pay to set up an appropriate environment for it to live. Snakes and other reptiles often need specialized, heated tanks. Large mammals like lions and monkeys will need equally as large cages and enclosures. Food for these unique animals can also be costly and hard to find.

In addition, veterinarian bills for an exotic pet are typically quite steep, if you can even find a vet who’s able to take care of your specific animal.

Getting an exotic pet can be very exciting at first. But some pet guardians find the expense and complexity of caring for an exotic animal becomes unmanageable over time.

And you could have an exotic pet for a very long time. For example, a female tarantula can live up to 20 years, kinkajous up to 40, and hyacinth macaws can make it to a ripe old age of 80 to 100 years old.

Guardians who decide to relocate their pet may also run into challenges. Animal shelters often refuse exotic pets due to their expense and complex needs. Finding another home for such a specific animal can be difficult.

All too often, these animals are released into the wild to fend for themselves. If they survive, these non-native animals can spread disease or outcompete local species.

An example is the Burmese python. Native to Southeast Asia, an estimated 112,000 snakes have been imported into the United States since 1990 as exotic pets. Some of these nonvenomous snakes have either escaped or been released into the wild and there is now an established breeding population of Burmese pythons in the Florida Everglades.

They are one of the largest snake species on earth and can grow up to 26 feet long and weigh 200 pounds. The pythons’ sheer size allows them to kill many native species, including alligators. The Florida Fish and Wildlife Conservation Commission is actively trying to control the python and prevent its spread to further areas.

Certain pets may be illegal where you live

The international illegal wildlife trade is worth billions of dollars, and according to the United Nations, now rivals the drug and arms trades in scale.

The internet has fueled the animal trade even further. The high prices make selling exotic animals very attractive, regardless of how endangered or threatened an animal might be in the wild.

If you’re considering getting an exotic pet, make sure you find out if it’s endangered in its native country first. Also, ask any dealers or breeders you buy from exactly where the animal came from and how it has been treated. If anything sounds suspicious, keep looking elsewhere until you find a reputable seller.

Some animal trades are unethical and inflict great suffering to the animals, such as theslow loris trade, where it is common for traders to extract the teeth of the slow lorises without anesthesia, rendering them defenseless.

Also find out if you are allowed to own a particular animal in your area. There are regulations against owning exotic or wild animals in many countries throughout the world. Born Free USA has a directory of individual state laws surrounding exotic pets.

Some other countries have similar groups that can help you determine laws in your local area. You can also contact your local government offices for help.

We invite you to share your opinion whether the owning of exotic pets should be banned? Please vote and leave your comments at the bottom of this page.