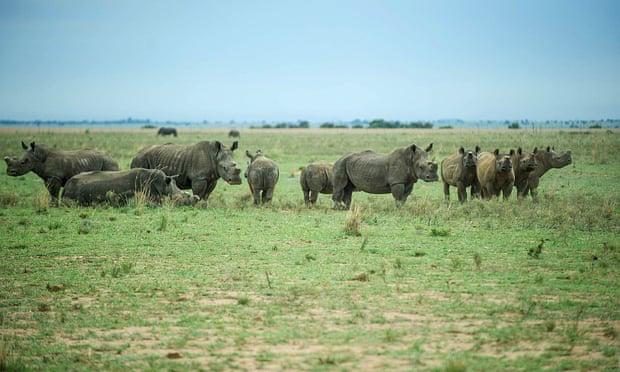 South Africa’s supreme court has dismissed a government bid to uphold a seven-year ban on the domestic trade in rhino horn, an industry group said this week.

The decision has no bearing on a ban on international trade in rhino horn. Potential domestic buyers could include those who see rhino horn as a store of wealth that could appreciate in value and those who want it as a decoration.

Thousands of South African rhinos have been slain in recent years to meet demand for the horn in Asian countries, where buyers consider it an aphrodisiac, a cure for cancer or treatment for hangovers.

Around 5,000 rhinos, or about a quarter of South Africa’s population, are in private hands. Rhino horn can be harvested as it grows back and it can be removed from a tranquilised animal.

The government has not revealed the size of its rhino horn stockpile but the PROA estimates its members have around six tonnes and reckons the state has close to 25 tonnes. The combined 31 tonnes could fetch $2bn by some estimates.

A spokeswoman for South Africa’s Department of Environmental Affairs said it would comment later in the day on the ruling, which was made on Friday.

It was not immediately clear if the department would now appeal to the constitutional court, the top court in the land.

Supporters of rhino horn trade say the money earned could be used for conservation and to pay for security. Opponents counter that a legal trade could tempt poachers who kill rhinos to launder their “blood” horns with clean supplies.

The decision is a setback to government efforts to keep a lid on the domestic trade in rhino horn, which was imposed in 2009. It comes just months ahead of a major UN conference on wildlife trade that South Africa will host.

The domestic trade ban was challenged by rhino owners in court last year and the moratorium was overturned.

Both buyers and sellers of rhino horn in South Africa still need to apply for a permit, so that the government can keep tabs on the commodity.

John Hume, the world’s biggest rhino rancher who owns around 1,300 of the animals, said he was hoping to sell some of his stock of five tonnes.

“We will certainly try and sell some rhino horn.

This article was first published by The Guardian on 24 May 2016.

We invite you to share your opinion whether the rhino horn trade in South Africa should be banned? Please vote and leave your comments at the bottom of this page: