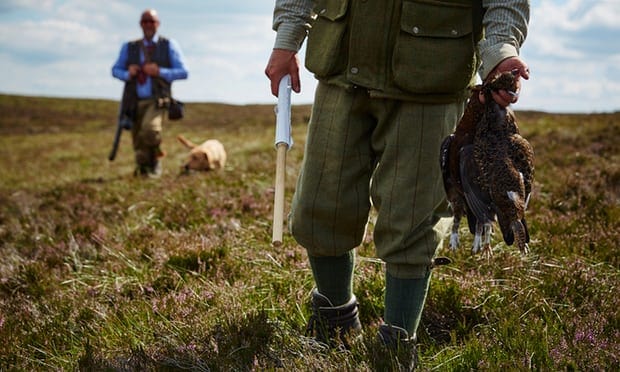 With a the start of the grouse-shooting season on the “Glorious Twelfth”, animal rights groups have a new target in their sights – the Ministry of Defence.

The government department is one of many public bodies that are coming under pressure to ban the shooting of birds for sport on their land.

The League Against Cruel Sports (LACS) has commissioned a poll which it says shows overwhelming public support for a ban. But the Game and Wildlife Conservation Trust (GWCT), which promotes “game and wildlife management as an essential part of nature conservation”, says the countryside would suffer and jobs would be lost as a result.

A ban on the shooting of birds, such as grouse, pheasant, partridge and waterfowl on publicly-owned land would have limited impact as most shoots take place on private estates. But it would still dismay the shooting fraternity, which fears it could presage further restrictions on their sport.

According to the LACS, there are 198 shooting licences on UK land classed as publicly owned. These include 18 tracts of land owned by local authorities, three in national parks and 174 sites overseen by quangos such as the Environment Agency.

Most are for shooting of pheasant or waterfowl. But documents released under the Freedom of Information Act reveal that the MoD has issued licences for grouse shoots at the army’s Catterick garrison and RAF Fylingdales in North Yorkshire and the Warcop training area in Cumbria.

Grouse shooting is particularly contentious, as the birds are wild and raised on moorland by gamekeepers who trap and snare to keep predator numbers down, and burn vegetation to create the birds’ ideal environment.

“There is no good way to manage moorland for grouse shooting, it can only be done through purging native wildlife by trap, snare and gun, and burning away precious habitat, all at the expense of our country’s rich natural heritage,” said Chris Luffingham, the LACS’s director of campaigns. “It is ironic that, while the MoD is training courageous personnel to conserve wildlife in Africa, it is leasing public moorland for grouse shooting here in the UK. British wildlife and habitat must be taken out of the firing lineby the MoD.”

An MoD spokesman said: “Grouse shooting does not damage the environment on MoD land. Licences are only granted after careful assessments of the health of the grouse population and the surrounding environment. Any licences issued are only for a small number of days a year.”

The GWCT claims shoots can improve the natural environment. In a submission outlining its reasons for opposing a public land ban it claims: “The key to seeing the conservation benefits from shoot management is in responsibility and sustainability. Where shoots are well managed and responsibly run according to best practice, environmental damage is avoided and there are wider conservation gains.”

An estimated 100,000 birds a day are shot for sport over the season, of which the majority are pheasants raised in captivity. According to a report commissioned by the Department for Environment, Food and Rural Affairs: “The UK rears approximately 20-30 million pheasants and three to six million red-legged partridges per annum for shooting purposes. Around half of these birds are imported as eggs or chicks from Europe.”

Natural Resources Wales is looking to implement a shooting ban on public land, as ordered by the Welsh assembly environment minister Hannah Blythyn.

“It is a great shame that the minister chose to disregard the evidence which shows that shooting delivers on the Environment (Wales) Act and the Well-Being of Future Generations Act without any real evidence that the wider public have strong views on the matter” said Sue Evans, director of the GWCT Wales.

However, a poll conducted by YouGov on behalf of Animal Aid and the LACS, suggests that 69% of people think shooting birds for sport should be illegal.

This article was first published by The Guardian on 05 Aug 2018.

We invite you to share your opinion whether the slaughter of grouse on the “Glorious Twelfth” should be banned? Please vote and leave your comments at the bottom of this page.