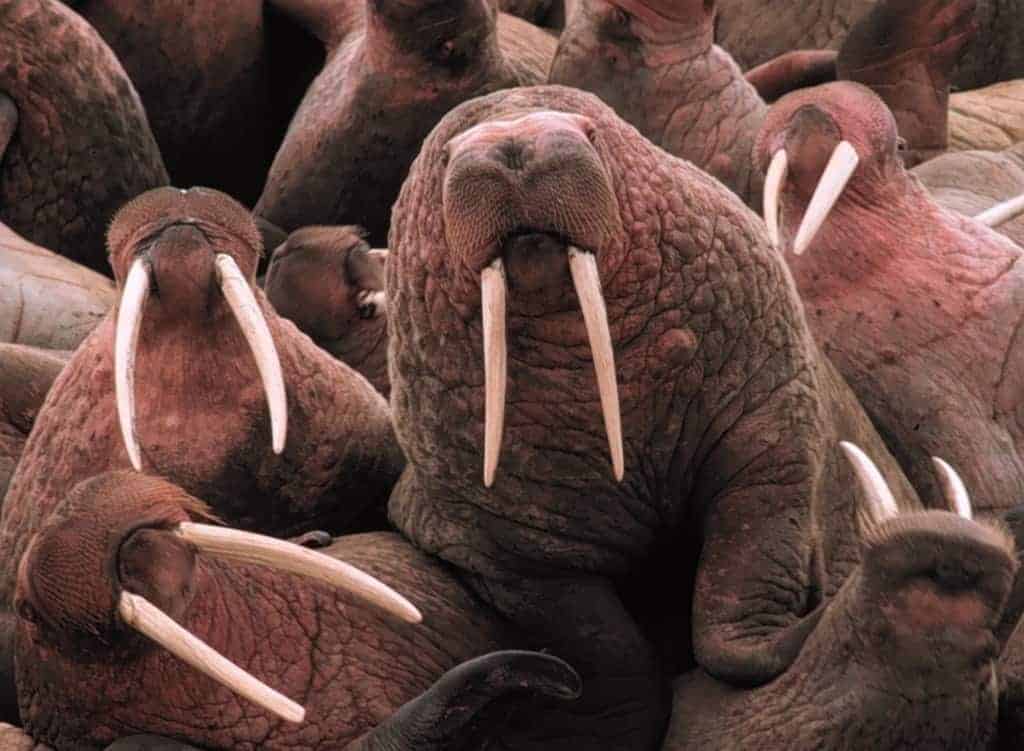 Federal agents are investigating a report this week of dozens of walruses being shot and killed, apparently for their ivory, along the coast of the Chukchi Sea in a Northwest Alaska refuge.

Andrea Medeiros, a spokeswoman for the U.S. Fish and Wildlife Service’s Alaska regional office, said law enforcement agents with the service received a Wednesday email — with attached photos — saying dozens of walruses had been killed near Cape Lisburne, about 50 miles north of Point Hope in the Alaska Maritime National Wildlife Refuge.

“The report stated that there were about 25 walruses killed, including about 12 babies,” Medeiros said. “They were reporting that these animals had been shot, and their heads had been taken.”

Medeiros said agents had departed Anchorage en route to the site Wednesday, but their arrival at Cape Lisburne was delayed until Thursday by poor weather.

“Time is of the essence in a case like this,” Medeiros said. “You have to get out there and look at the animals, because you have animals that can feed on these carcasses and crime scenes can be damaged by natural feeding.”

Under federal law, anyone can legally take the ivory from a walrus found dead on a beach, but walruses can only be legally killed by Alaska Natives — and only if their meat is fully harvested, a rule intended to prevent the practice of what guidelines call “head-hunting” like that in the alleged slaughter.

“That would be an illegal take for Alaska Natives,” Medeiros said. “To take walrus legally, it has to be non wasteful take — they can’t just kill an animal for the ivory, and of course non-Natives are not allowed to take walruses.”

The agents at Cape Lisburne hadn’t yet reported discovering the scene of the slaughter reported in the email, but Medeiros said they were still working on the case Friday.

“We’ll hopefully be able to figure out what is going on here,” Medeiros said.

The Fish and Wildlife Service has asked anyone who suspects a violation of federal law involving migratory birds, marine mammals, endangered species, or wildlife smuggling to report it immediately to its Alaska law enforcement officeat907-786-3311or1-800-224-8231after business hours. The office can also be reached by email [email protected]

This article was first published by Alaska Dispatch News on 18 Sep 2015.

We invite you to share your opinion whether the slaughter of walrus in Alaska should be stopped? Please vote and leave your comments at the bottom of this page: