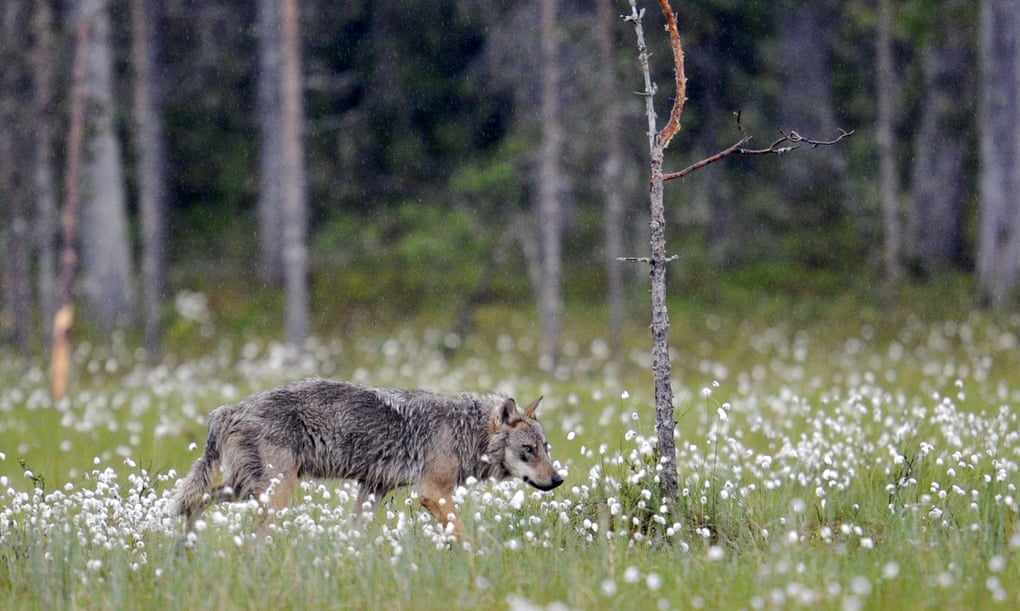 There’s been a massacre in Finland. The country, which from afar looks to epitomize sustainable living, has slaughtered a third of its wolves this winter.

Seventy-five wolves have been killed since the end of August: 43 in a government-sanctioned cull, and most of the rest under a licence system that allows “problem” wolves – those repeatedly found in villages or menacing farm livestock – to be shot dead.

Thanks to people finally shrugging off the fairy tale baddies that teach us to fear this carnivore, and thanks to protection from an EU directive on habitats, wolf numbers – along with those of lynx and brown bears – have been slowly recovering in Europe.

Wolves have proved adept at sharing space with humans, in some cases frequenting densely populated suburbs. Italy and Spain have large wolf populations and even Germany, where wolves are re-colonising from Poland, has a similar number of wolves to Finland. Germany also has 233 people for every sq km; Finland averages just 17.

There’s one fact that perhaps explains Finland’s lack of tenderness to wolves: its human population of 5.5 million includes 300,000 hunters. Finland’s government argues its cull will stop frustrated hunters from illegally shooting wolves – so the wolves are being killed for their own protection.

Last year, wolves were blamed for killing about 50 hunting dogs, infuriating hunters who spend years training them. Hunters are handsomely compensated but that’s not enough – the wolf is also a competitor for the elk and deer that hunters want to kill.

But there’s a third reason, according to Riku Lumiaro of the Finnish Association for Nature Conservation – and it will be familiar to anyone who brushes against British game shooters: “Hunters have total power over the countryside and they don’t want to lose it.”

In Finland, ​criticism of the wolf cull is portrayed as a clash between urban and “forest” culture. Lumiaro thinks it will simply take time, decades perhaps, for a cultural change.

This article was first published by The Guardian on 29 Feb 2016.

We invite you to share your opinion whether the slaughter of wolves in Finland should be stopped? Please vote and leave your comments at the bottom of this page: