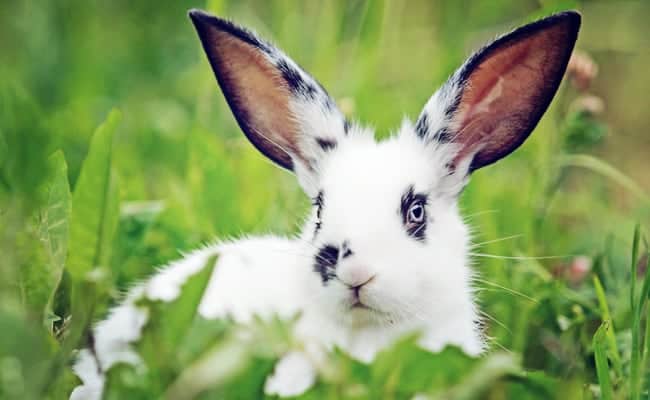 Lawmakers in Canada just took a major step toward ending the cruel and outdated practice of testing cosmetics on animals.

The Cruelty Free Cosmetics Act (S-214), 2015 by Senator Carolyn Stewart Olsen, will ban animal testing for cosmetics in Canada, in addition to the sale of products and ingredients that have been newly tested elsewhere.

The bill was recently passed unanimously by the Senate Standing Committee on Social Affairs, Science and Technology. There are still a few big hurdles it has to get through before it becomes a law, but it’s a promising sign that Canada is going to be one of the next countries to take a progressive and compassionate stand on this issue.

“Animal Alliance and Humane Society International commissioned a poll which showed that 81 percent of Canadians support a national ban on cosmetic animal testing,” said Liz White, director of Animal Alliance of Canada. “Today’s decision was an important step forward in respecting Canadian opinion and bringing our industry standards into line with those of other developed nations.”

Fortunately for animals, we’re turning against the cruel, unnecessary, wasteful and outdated practice of torturing animals just for the sake of developing more personal care products and cosmetics. Not only have dozens of nations passed bans like this, but hundreds of companies have pledged not to test their products on animals and have successfully proven we can have beauty without cruelty.

“Cosmetic testing on animals is an outdated, needless practice with no place in a modern and progressive society. It is for that reason that 37 countries – including the world’s largest cosmetics markets – have taken action to ban or restrict their trade in cosmetics tested on animals. Yet here in Canada, it remains perfectly legal for cosmetic chemicals to be dripped into rabbits’ eyes and spread on their delicate skin, all for the sake of a new lipstick and skin cream. We are calling on the Canadian Senate to pass S-214 and for the House of Commons to move quickly to adopt this lifesaving legislation,” said Troy Seidle, Humane Society International’s senior director of research and toxicology.

Animal advocates are also pushing for the U.S. to pass the Humane Cosmetics Act, which will make it illegal to conduct or commission animal testing for cosmetics after a one year phase in, which will be followed by a ban on the interstate sale of products and ingredients that were made using animal testing after three years.

It’s time for the U.S. and Canada to catch up with nations that are making compassionate changes. Similar bans won’t just save animals’ lives, but will also promote more reliable measures that benefit us. They will also keep companies based in North America competitive in a global market that continues to shut its doors on this type of testing.

Please show your support for ending animal testing for cosmetics in the U.S. by signing and sharing the petition asking Congress to pass the Humane Cosmetics Act.

To find cruelty-free personal care products and cosmetics already on the market that have been certified by the Leaping Bunny program, check out Cruelty Free International.

For more on how to help in Canada, check out the Animal Alliance of Canada and Humane Society International’s Be Cruelty Free campaign.

We invite you to share your opinion whether the testing of cosmetics on animals should be banned? Please vote and leave your comments at the bottom of this page.

A yes vote from me

With all the alternative testing method why torture animals? Past time it was banned.

WHO EVER THOUGHT OF DOING SUCH VILE CRUELTY NEEDS CERTIFYING !!

There are plenty of companies that do not test their products on animals. There are many alternatives to animal testing. No animal should endure this pain and suffering for products used by humans.

Ban cosmetic testing on animal NOW!!!!!! IMMEDIATELY or else!!!!!

Senseless animal torture for NO Benefits except to deceive people into thinking they are spending money on safe products! This should have never started!