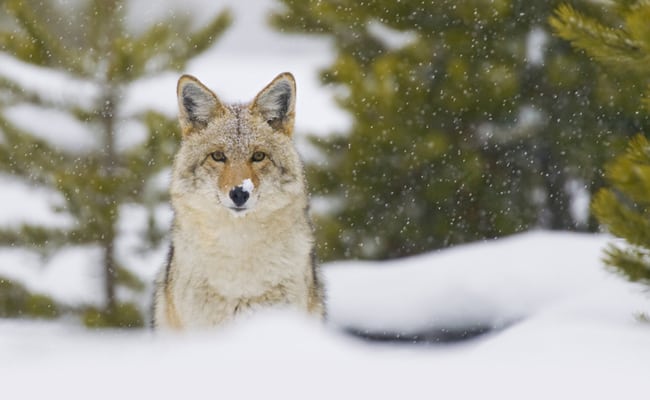 Conservationists are expressing some serious disappointment over the Trump administration’s decision not to ban deadly devices otherwise known as M-44s, or “cyanide bombs,” despite their brutality, sickening death toll and the risks they continue to pose.

These devices are spring-activated bait traps placed in the ground that are loaded with sodium cyanide, which is ejected into a victims mouth when they pull on it.

They were first developed to help control predators and ‘pest’ species, but they’re unfortunately, and worryingly still being used by the U.S. Department of Agriculture’s Wildlife Services program.

While they’re supposed to target predators, like traps, they’re indiscriminate killers that put wildlife, pets and people at risk. A recent incident in Idaho that almost killed a boy, and did kill his dog, highlighted just how dangerous these devices are and brought much needed attention to the issue. It also resulted in a ban on their use on public lands in the state, but unfortunately, they continue to be used elsewhere.

Last year, WildEarth Guardians and the Center for Biological Diversity, along with other organizations, petitioned the Environmental Protection Agency (EPA) to ban their use over concerns about how widespread and dangerous they are.

The groups point to Wildlife Services’ own data, which showed that M-44s killed 13,232 animals in 2017 alone, and that’s believed to be an underestimate of the total death toll because of poor data collection. While most of those animals were coyotes and foxes, out of those numbers, more than 200 deaths were non-target animals, including a wolf, family dogs, opossums, raccoons, ravens and skunks.

Unfortunately, the EPA has just refused to ban M-44s, or to launch a special review of registrations for sodium cyanide. While it’s a disappointing outcome, the fight to get these deadly and indiscriminate devices off the landscape is far from over.

“Cyanide traps are indiscriminate killers that just can’t be used safely,” said Collette Adkins, an attorney and biologist at the Center for Biological Diversity. “We’ll keep fighting for a permanent nationwide ban, which is the only way to protect people, pets and imperiled wildlife from the EPA’s poison.”

We invite you to share your opinion whether the Trump Administration should ban deadly ‘Cyanide Bombs’? Please vote and leave your comments at the bottom of this page.