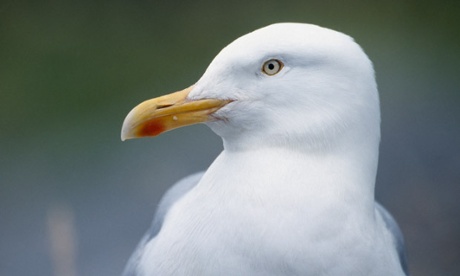 A controversial cull of thousands of gulls in the UK will go ahead after a legal challenge by conservationists failed. The RSPB last week asked the high court to stop a cull of lesser black-backed gulls and herring gulls in Lancashire which had been sanctioned by environment secretary, Owen Paterson, at the request of aerospace company BAE Systems.

But on Tuesday the judge dismissed the charity’s claims that the cull was unlawful and would, as the RSPB had argued, set a dangerous precedent.

Justice Mitting ruled the claims “unfounded”, dismissed the RSPB’s application for judicial review and ordered it to pay £10,000 in legal costs.

The RSPB had said it feared killing the birds – which BAE Systems requested to reduce risk to aircraft at the company’s Warton aerodrome in the Ribble Estuary – would lead to bird culls elsewhere.

In a statement, the RPSB called the judgment “deeply worrying” and said it would look to appeal the ruling.

The charity said it accepted the risk to aircraft but said “this is about how the government can sanction the killing of an additional 1100 lesser black-backed gulls without acknowledging the damaging impact of removing almost a fifth of the breeding population of a species on a protected site.”

“The judge appears to condone the government writing off part of why the Ribble Estuary is important for nature conservation without compensation measures and, as such, sets a deeply disturbing precedent for our most important sites for wildlife.”

But the judge said said that “a rational system of law ought to provide a readily understandable means of reconciling the competing claims of the conservation of species of birds with those of a facility for the development, manufacture and testing of military aircraft… or determining which should have priority”.

He added that the law on the subject involving the EU Wild Birds Directive and the Habitats Directive – which a review ordered by chancellor George Osborne concluded was not putting undue costs on British businesses – was “unfortunately… complex and opaque.”

The cull of 475 breeding pairs of herring gulls and 552 breeding pairs of lesser black-backed gulls, which are in decline across the UK, was given the green light by Paterson in June last year. The overall population must not be reduced to lower than 3,348 pairs, under the consent issued by the government.

A Defra spokeswoman said: “The secretary of state took the decision to allow a limited number of gulls to be controlled in the Ribble Valley to reduce the risk of bird strikes to aircraft. We are pleased the court has upheld the decision.”

BAE said in a statement the gulls “present a risk of bird strike to aircraft operating from Warton airfield” and the aim of the culls was to reduce the risk.

It has been a bad week for birds: it emerged on Sunday that the government regulator, Natural England, is making the case for the destruction of robin and starling nests to protect human health.

We invite you to register your opinion, whether the UK Government should be allowed to cull birds.  Please vote and also leave your comments at the bottom of this page.

The editorial content of this article was written by Adam Vaughan for The Guardian.