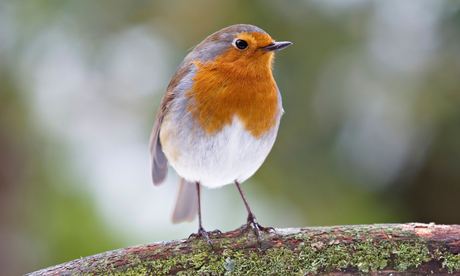 The humble robin, regularly voted the nation’s favourite garden bird, captures hearts and minds like few other species. Since the Victorian era it has been venerated on the front of Christmas cards and in prose and poetry. “A robin redbreast in a cage puts all heaven in a rage,” William Blake decreed.

A heartfelt concern for the bird’s welfare was also captured in the famous nursery rhyme that asks: “Who killed Cock Robin? I, said the Sparrow, with my bow and arrow.”

But now it appears that the country’s 6.7m pairs of robins are no longer the feathered friend of yesteryear. A consultation by Natural England, the body that advises the government on the natural environment, has made the case for allowing people to destroy the birds’ nests and remove their eggs, amid growing concerns that they threaten health and safety.

Natural England is also looking at similar measures to permit “taking, damaging and destroying of nests and eggs” for pied wagtails and starlings.

The consultation, which closes tomorrow, explains that the birds’ nests should be considered fair targets if they “present a potential hazard”, such as being found in ventilation flues.

Natural England has produced an analysis which suggests that the new measures, permitted under what are known as “general licences”, will have no conservation issues for the three bird species. It is also proposing similar action against greylag geese and mallards. But the Royal Society for the Protection of Birds (RSPB) says it is concerned that the measures, due to be introduced next year, will mean the birds’ nests and eggs can be destroyed without monitoring.

General licences allow the public to take action against birds without having to apply for a specific licence. As a result, there is no requirement to record the number of birds killed or nests destroyed. “The number of nesting robins, starlings and pied wagtails prompting legitimate health and safety concerns in any year is very, very small, and we shall be responding to Natural England that it would be disproportionate to change the current licensing system, which should easily cope with genuine problems,” said Robin Wynde of the RSPB.

Wynde said the placing of the starling under a general licence was a particular worry, as this could encourage people to take down their nests at a time when their numbers were falling. “A lot of people quite like starlings, but some people find them a bit of a nuisance because they nest in their roofs,” Wynde said.

A spokesman for Natural England explained that a species would be listed under a general licence only “if the licensed activity poses a low risk to the conservation status of that species”.

However, he conceded that the consultation was seeking “views on whether general licence users should be encouraged or required to provide information on the species and numbers they kill”.

The licensed killing of birds and the destruction of their nests and eggs has proven deeply divisive. The current consultation has been inundated with submissions by both bird-lovers and those who see them as pests. One particularly vocal group, farmers, complain that the current laws are weighted in favour of bird life at the expense of crop protection. However, it appears that their concerns are now being heard. Natural England is recommending that greylag geese and the Egyptian goose can be killed under a general licence “to prevent serious agricultural damage or disease”.

It is also recommending that the African sacred ibis and the Indian house crow can be killed under a general licence “for the purpose of conserving flora and fauna”. Both birds are flourishing abroad and there are fears about the impact they will have on native British birds if their populations increase here.

The number of sacred ibis in France has risen due to a huge increase of swamp crayfish in the country’s lakes and rivers. The sacred ibis feed on the crayfish and, at the same time, take the eggs of ground-nesting wading birds. The house crow is now common in the Netherlands and east Africa, where it has been blamed for a significant fall in the numbers of several other species of bird.

Natural England last comprehensively reviewed the general licences in 2008. Following the consultation, a number of invasive species, notably parakeets, were placed under licences that permitted their killing.

The measures can undoubtedly backfire. In 2005, the Department for Environment , Food and Rural Affairs removed two species, the house sparrow and starling, from the general licences category amid concerns that this was causing their numbers to fall drastically.

It was also the case for many years that great black-backed gulls could be killed under a general licence introduced amid concerns that the birds, like other species of gull, were invading town centres and becoming a major health and safety issue. But the birds were destroyed in such large numbers that they were removed from the general licence category in 2010.

It is also seeking evidence for whether the jackdaw, jay and collared dove should continue to be killed under general licences that prevent agricultural damage. All three species have stable or rising populations, but none is believed to constitute a threat to farming. Wynde said it was worrying that the number of jays being killed was not being recorded, as the bird had a relatively modest population.

“We are a country of bird-lovers,” Wynde said. “Do we really need to take birds out, or can we find other solutions? Surely we can go the extra few centimetres to look after our bird life?”

We invite you to register your opinion, whether the UK Government should be allowed to issue licenses to kill wildlife.  Please vote and also leave your comments at the bottom of this page.

The editorial content of this article was written by Jamie Doward for The Guardian.

The new head of Natural England, who is advocating this plan, is Andrew Steel. Our friend Andy is a major donor to the Tories (hence his new job) and a property developer. Developers are currently not allowed to disturb bird nests on any site, or even on their own equipment until the birds have finished with them, hence the new policy. All to save developers a few (thousand/million?) quid

Leave the poor birds alone, fed up with the fecking culling of our animals and wildlife, you won't be happy until you have destroyed the earth.

Has the world lost it's moral compass completely? Preparing to kill songbirds? What kind of a world will we be living in – a start soulless concrete junge where the only creatres left are those raised for human consuption? This is not 1984 – we are way past that.

How "perfectly stupid"! Why not put a screen over your "ventilation flues"? Or, would that be too "bloody" hard?

Unbelievable! A charter for anybody who wants to kill wildlife

I predicted when the RSPB supported the cull of Ruddy Ducks that the floodgates would open for people to turn their prejudices against non-native species, native predators, gulls, crows and various other unjustifiably demonised species, into action. Ironically with more people working in nature conservation than ever before, we now have a complete mess of a situation with some ecologists behaving more like gamekeepers. Our national nature conservation agencies are turning increasingly to the current fad of species management, which basically amounts to displacement activity arising from frustration at not being able to do something more positive to help our… Read more »