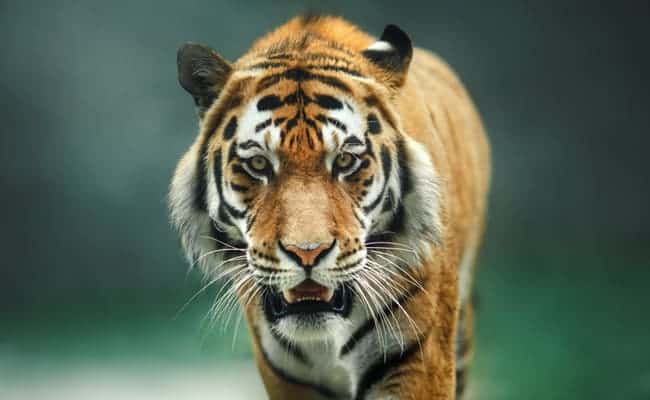 A dangerous situation that turned deadly for a lost tiger found wandering this week highlights an urgent need to protect both the public and big cats in the U.S.

The Atlanta Journal-Constitution reported that the tiger was first spotted on a highway in Atlanta, Ga., before making her way into a neighborhood, where she jumped a fence into a resident’s backyard and attacked a dog. A nearby zoo and sanctuary had both been notified; neither owned the tiger, but they intended to help and tranquilize her. Unfortunately, the attack prompted officers on the scene to use deadly force.

“With the tiger in close proximity to a school bus route in a densely populated area, officers made the decision to put the animal down with gunfire fearing that occupants of the home could be in danger as well as others in the area,” the Henry County Police Department said in a statement.

According to the Georgia Department of Natural Resources, the mystery was solved after an official with a company contracted to transport tigers for Feld Entertainment, which owned Ringling Bros. and Barnum & Bailey Circus, reached out with information after hearing media reports.

The tiger’s name was Suzy, and she was only six years old. She was among a group of tigers who were being transported from Florida to Tennessee, before they would be flown to Germany to be used in another controversial circus – despite massive public opposition to this transfer. Somehow she escaped in Georgia, and no one noticed until it was far too late.

The Henry County Police Department added that possible charges are pending, but the situation highlights a much bigger problem that we have with big cats, and other potentially dangerous wild animals: we need to better regulate private possession through federal laws, and we need to end their use in entertainment.

Two Big Ways to Help Get Justice for Suzy

There are currently two groundbreaking federal bills that would help protect us, big cats and other exotic animals who are being kept as pets and used in entertainment that need our support.

Please sign and share the petition urging Congress to pass the Big Cats Public Safety Act, which will ban the private ownership and breeding of tigers, lions and other big cats throughout the nation.

You can also help by signing and sharing the petition urging Congress to pass the Traveling Exotic Animal and Public Safety Protection Act, which will end the use of wild and exotic animals in traveling circuses once and for all.

We invite you to share your opinion whether the use of wild and exotic animals in traveling circuses should be banned? Please vote and leave your comments at the bottom of this page.

ABSOLUTELY NOT!!! Leave wild animals IN the WILD.

Yes, ban all animals from circuses

Without a Doubt Yes.

Exotic or any other animals should not be subjected to this outdated form of human entertainment. Quite apart from their physical well being, there’s the indignity of taking part in such rubbish!