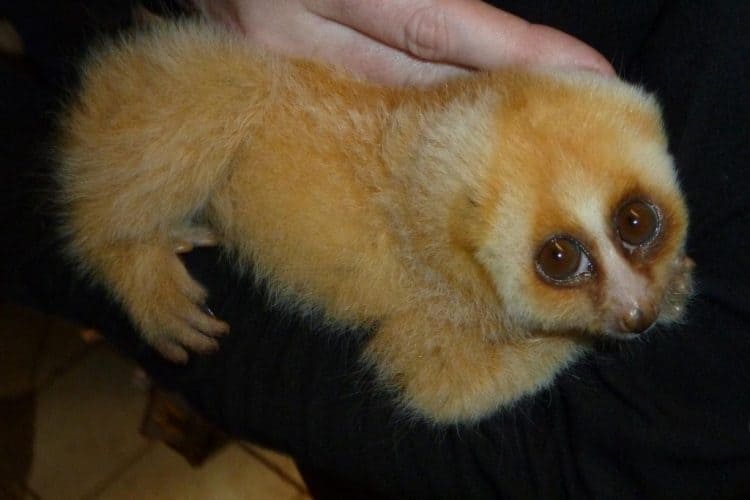 From the Malayan sun bear to a blood python, Malaysians seem to have found a booming marketplace for wild animals on Facebook.

Much of this online trade is carried out in closed Facebook groups, and involves live, high-profile and threatened species for which trade is strictly prohibited in Peninsular Malaysia, a five-month investigation by wildlife trade monitoring network TRAFFIC has uncovered. This suggests that sales on Facebook exclusively caters to the pet trade, the authors write in the report.

“Social media’s ability to put traffickers in touch with many potential buyers quickly, cheaply and anonymously is of concern for threatened wildlife and enforcement agencies, which demands nothing short of a concerted global response,” Sarah Stoner, a Senior Crime Data Analyst with TRAFFIC in Southeast Asia, said in a statement.

Every day, from November 2014 to March 2015, TRAFFIC’s team monitored the activity of 14 groups on Facebook. During this period, they found that more than 300 individual animals, belonging to 80 different species, were for sale in the groups.

The investigation revealed that advertisements for birds were most common, followed by reptiles and mammals. The team suspects that most of these animals would have been illegally sourced from the wild.

The team also found that nearly 93 percent of the species that were put for sale on Facebook, have legal protection in Peninsular Malaysia. Moreover, most of the advertised species are also protected under the Convention on International Trade in Endangered Species of Wild Fauna and Flora (CITES), which restricts or prohibits their commercial international trade. However, only three Facebook advertisements of the total 236 posts were accompanied by necessary licenses, the team discovered.

“Peninsular Malaysia has never historically had open physical markets offering threatened mammals for sale, which has served to hinder the progression of this demand and subsequent trade, unlike countries such as Thailand, Indonesia and Myanmar,” the authors write.“The emergence of social media has created a platform for illegal trade in Peninsular Malaysia in the form of a virtual marketplace, enabling this trade.”

Most of the 14 Facebook Groups involved in the illegal trade of wild animals were “Closed Groups”, according to the report, and needed membership to view or trade within the group. These groups had close to 68,000 members at the time of monitoring, the team found.

The team also identified 106 unique sellers within the groups who “made little effort to conceal their illegal activities,” the authors write. To discuss prices and transactions, these traders preferred to use WhatsApp, a messaging app for smartphones, rather than Facebook’s messaging, the team found. Additionally, the TRAFFIC team uncovered the presence of five “shops” involved in the trade of wild animals, but the team is unsure about whether these shops have physical outlets or just operate online.

When contacted by TRAFFIC, Facebook told them that they “do not allow the sale and trade of endangered animals”, and that Facebook “will not hesitate to remove any content that violates our Terms of Service”.

The prevalence of large-scale trade in threatened species on Facebook is concerning, team says. It suggests that the demand for such pets may have always existed, and the rapid turnover of stock, illustrated by the high frequency of young animals observed in trade, indicates a continual supply of animals required to feed demand, they add. Moreover, the sellers seem to operate, sans legal permits, with “impunity”, the team writes.

TRAFFIC says that it has shared its findings with Peninsular Malaysia’s Department of Wildlife and National Parks (PERHILITAN), which has launched several investigations into the online wildlife trade.

“We recognize the scale of this problem as we have been monitoring over 30 Facebook Groups selling wildlife since 2013,” Hasnan Yusop, PERHILITAN’s Director of Enforcement, said in the statement. “PERHILITAN has taken measures to address the problem, including working with other law enforcement agencies to stop the illegal trade of wildlife on Facebook. We have carried out 43 successful seizures, arrested at least 54 illegal traders and saved over 67 wildlife species from being traded illegally on Facebook.”

The TRAFFIC team says that the online, often illegal, sale of wild animals on Facebook and other social media websites in Malaysia is indicative of a worldwide trend.

“We’re yet to grasp the full extent of the online threat to wildlife, but initial discussions with Facebook and the early enforcement successes by Perhilitan have been encouraging, although continued action will be crucial in curbing this spiraling form of illegal trade,’’ Kanitha Krishnasamy, Programme Manager for TRAFFIC in Southeast Asia, said in the statement.

This article was first published by Mongaby.com on 03 Mar 2016.

We invite you to share your opinion whether the wildlife trade on Facebook be stopped? Please vote and leave your comments at the bottom of this page: