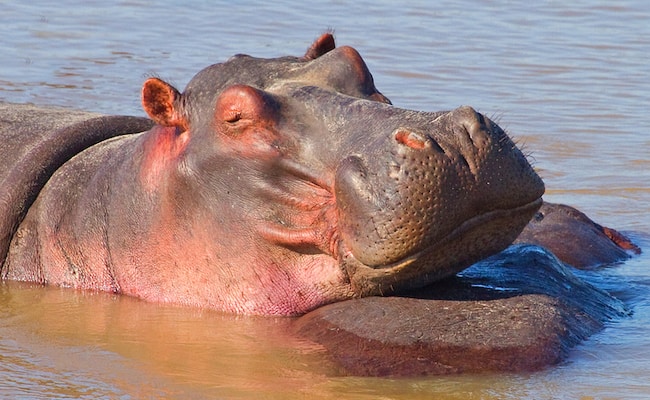 The Luangwa River will soon be awash with hippo blood. Apologies for that disturbing mental image, but it’s important that everyone understand the gravity of Zambia’s upcoming plan to cull about 2,000 hippos.

The country claims its current hippo population of 12,200 hippos is unsustainable. As such, the government has rescheduled a long discussed plan to literally slaughter the hippo population down to something more manageable.

Even if the hippos are overpopulated in that particular region, some consideration should be given to the fact that they’re certainly not overpopulated in other parts of the continent. There are fewer than 130,000 hippos living in the wild worldwide.

Although they’re not considered endangered, hippos are listed as “vulnerable” because their situation is precarious thanks to habitat loss and excessive poaching.

Accordingly, animal advocates have asked the government to relocate the hippos to other nations where populations are not thriving, but the Zambian government has dismissed that option as too expensive to be feasible.

Of course, the financial concerns might revolve less around the cost to transport hippos and more about the enormous amounts of cash the country can bring in by offering up the hippos to big game hunters. Business Insider: South Africa estimates that government officials and hunting companies could pocket over $3 million (US) through the cull.

Trophy hunters, who are allowed to kill up to five hippos each, are already scheduling expeditions to Zambia to partake in the cull, which begins in May after the country’s rainy season ends.

Conservation groups suggest that money is the real motivation. Conservation group Born Free’s president, Will Travers, said, “The justifications for this cull… are like a sea of shifting sand. Originally it was to prevent an outbreak of anthrax. Then it was because the water levels in the Luangwa River were precariously low. Now it is because there is a perceived hippo over-population. None of these ‘justifications’ stands up to scrutiny.”

Research backs up the conservationists’ stance, too. Following past hippo culls, studies showed that these slaughters haven’t even had the desired effect. The surviving hippos freak out and accelerate their rate of reproduction, putting the total number of hippos greater than where it started before the killings.

Considering the cull has been discussed and then postponed since 2015 due to activist pressure, there’s a good chance global scrutiny could compel the Zambian government to table if not cancel this bloody scheme once again. Sign this Care2 petition to let President Edgar Lungu know that you’re watching and firmly disapprove.

We invite you to share your opinion whether the Zambian Government should be allowed to slaughter 2,000 hippos? Please vote and leave your comments at the bottom of this page.