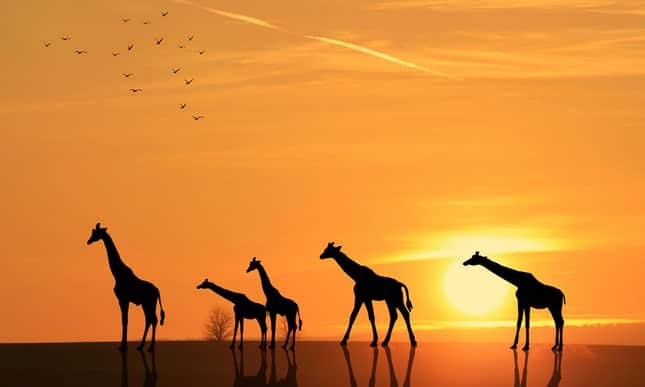 How is that fun?” asked US talkshow host Jimmy Kimmel in a segment about trophy hunting aired after Cecil, a well-known lion tagged by researchers, was killed in Zimbabwe by Minnesota dentist Walter Palmer in 2015.

Kimmel choked up as he asked viewers to donate to Oxford University’s conservation research programme, and his shame and bafflement are widely shared. Killing large, endangered mammals, posing next to their corpses and removing body parts as trophies all strike many people as disgusting and wrong.

This week, photographs of another American, Tess Thompson Talley, and a giraffe she shot last year in South Africa went viral. Like Zimbabwe, South Africa licenses trophy hunting, a business worth around $200m a year, with hunts taking place on private ranches and tourists, most of them American men, paying $10,000-$50,000 for the privilege.

Records from the Convention on International Trade in Endangered Species (Cites) show around 1.7m trophies legally exported in the decade to 2016, 200,000 of them from endangered species.

Killing animals for pleasure is repellent, all the more so when the species is under threat. Elephants, rhinos, giraffes, zebras, hippos and lions are among the most charismatic creatures on earth, while the history of colonisation adds another level of discomfort to the spectacle of armed white people rampaging through the bush.

But if the ultimate goal of the authorities is the conservation of wildlife, as it should be, then the case for outlawing trophy hunting is unproven. Kenya imposed a ban in 1977, followed by Botswana and Zambia. Yet other countries allow hunting, and while many wildlife organisations oppose it, others, including the World Wildlife Fund, say there is evidence to support the claim that it can in some circumstances support conservation, and local people. While an end to trophy hunting is desirable, people must be given other incentives to protect wildlife for a ban to make sense.

Conflict with humans is the main danger for the world’s remaining large, wild animals. As alarm bells over mass extinction are sounded, scientists are calling for a global treaty on biodiversity based on the Paris climate deal. Trophy hunters are repugnant, but habitat and prey loss, poaching and Asian markets for animal parts all pose a greater threat.

This article was first published by The Guardian on 06 Jul 2018.

We invite you to share your opinion whether there should be a global treaty on biodiversity based on the Paris climate deal? Please vote and leave your comments at the bottom of this page.

All thanks to a now deceased woman who got other women to protest deforesting and were violently beaten when they protested on multiple occasions. A WOMAN, Professor Wangari Maathai. I sing your praises.