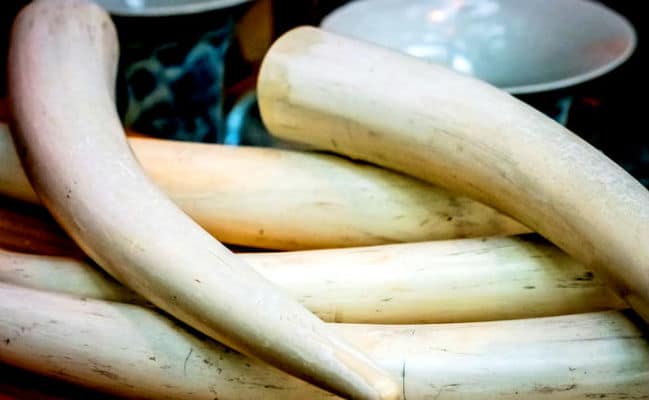 An undercover investigation has found it is easy to access illegal ivory in Europe, despite supposed strict import bans on freshly harvested ivory products.

The research, conducted by the global pressure group Avaaz, saw undercover agents buy 109 items of ivory from across 10 European countries and then have them tested via radiocarbon dating. Those countries included Belgium, Bulgaria, France, Germany, Ireland, Italy, the Netherlands, Portugal, Spain and the UK.

The research aimed to ascertain just how old this ivory is, because according to EU law no ivory harvested after 1990 can pass through trade markets due to restrictions put in place in 1989.

However, the carbon dating in this study revealed that20 percent of the ivory had been obtained since 1989. What’s more, three quarters of the ivory was dated after 1947. Ivory after this date is supposed to carry strict regulations and requires government authorization in order to change hands. This was not the case when agents secured this ivory.

Technically, EU rules allow for so-called “worked ivory” to be traded under certain circumstances, however it appears this loophole is being exploited to continue the free sale of ivory in some cases.

Unlike in the United States, China and other regions, it is currently legal to trade ivory domestically in the EU. Some nations within the EU framework, like the UK, have enacted their own domestic trade bans, but not all have done so.

The major issue for wildlife campaigners is that it is virtually impossible to tell by simply looking at it whether an item is antique, legal ivory or illegally-obtained, newer ivory.

This means that some traders may be selling the ivory without knowing it is illegal and that it is very hard to police for illegal ivory on that basis. At best, the EU bans are severely undermined and, as this and other research has shown, may be regularly flouted.

“This bombshell evidence proves beyond doubt that illegal ivory is being sold across Europe,”Bert Wander, campaign director at Avaaz, is quoted as saying. “It must spark the end of this bloody trade. Every day the sale of these trinkets continues is a day closer to wiping out majestic elephants for ever.It’s hard enough dealing with poachers, illegal mafias and corruption, yet some of the most advanced democracies on the planet need to be pushed into making a basic change in the law. Europe really needs to play its part in ending this terrible trade.”

The impact on African elephants isn’t being overstated here, either.

The WWF estimates that around 20,000 African elephants are killed every year for their ivory despite, these trade bans, with Chinese buyers being one of the main drivers of this illegal activity. Regardless of where the ivory is actually going, its impact on elephant numbers has been catastrophic.

WWF notes, “Back in the early part of the 20th century, there may have been as many as 3-5 million African elephants. But there are now around 415,000.”

Due to other pressures, such as territory loss and a shifting climate that is making life even harder for the elephants, this adds up to very little scope for the elephants to recover, particularly if the ivory trade market is allowed to continue.

Campaigners contend that only a full and uncompromising ban on ivory can put an end to this horrible trade.

The EU Commission has been slow to act on this, saying for many years that the EU did not have an illegal ivory problem. However, in recent years both the Commission and the EU Parliament have recognized that this is not true, and illegal ivory is still finding its way into the European market which, in turn, is contributing to the poaching of African elephants.

A 90,000 strong public opinion consultation told the EU Commission that it must act, and EU officials are now said to be “considering their options”.

But, as campaigners have said, there seems to be only one answer: the complete and total ban on all ivory products. For the good of African elephants, this has to happen sooner rather than later.

We invite you to share your opinion whether there should be a total ban on the sale of all ivory products? Please vote and leave your comments at the bottom of this page.