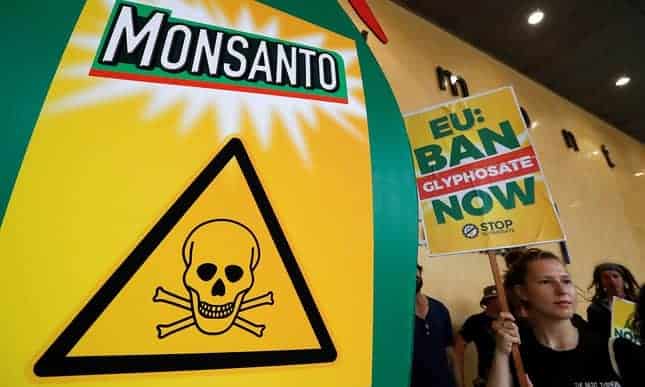 Monsanto lobbyists have been banned from entering the European parliament after the multinational refused to attend a parliamentary hearing into allegations of regulatory interference.

It is the first time MEPs have used new rules to withdraw parliamentary access for firms that ignore a summons to attend parliamentary inquiries or hearings.

Monsanto officials will now be unable to meet MEPs, attend committee meetings or use digital resources on parliament premises in Brussels or Strasbourg.

While a formal process still needs to be worked through, a spokesman for the parliament’s president Antonio Tajani said that the leaders of all major parliamentary blocks had backed the ban in a vote this morning.

“One has to assume it is effective immediately,” he said.

MEPs had been incensed at a Monsanto decision to shun a hearing organised by the environment and agriculture committees, with academics, regulators and campaigners, on 11 October.

The meeting is expected to hear allegations that Monsanto unduly influenced regulatory studies into the safety of glyphosate, a key ingredient in its best-selling RoundUp weedkiller.

“Those who ignore the rules of democracy also lose their rights as a lobbyist in the European parliament,” said the Green party president Philippe Lamberts. “US corporations must also accept the democratic control function of the parliament. Monsanto cannot escape this.”

The lobby ban will be a bitter blow to Monsanto’s advocacy campaign ahead of a decision later this year about the relicensing of glyphosate, which has been linked to cancer by one expert WHO panel.

Another deemed it safe for public use, but Monsanto’s outreach to regulatory agencies in the US and Europe sparked controversy and prompted the parliamentary hearing.

A Monsanto letter to MEPs seen by the Guardian said that the European parliament was not “an appropriate forum” for discussion on the issues involved.

“The joint hearing could be viewed as the latest attempt by those opposed to modern agricultural practices to influence and frustrate the EU scientific and regulatory process to suit their own agenda,” it says.

“We have observed with increasing alarm the politicisation of the EU procedure on the renewal of glyphosate,” wrote Monsanto’s vice president Philip Miller, “a procedure which should be scientific but which in many respects has been hijacked by populism.”

Martin Pigeon, a spokesman for the NGO Corporate Europe Observatory, said it was “extremely important that parliament has been prepared to meet Monsanto’s unbelievable arrogance with real retaliation and consequences.”

This article was first published by The Guardian on 28 Sep 2017.

We invite you to share your opinion whether there should be a worldwide ban on Monsanto’s glyphosate? Please vote and leave your comments at the bottom of this page.