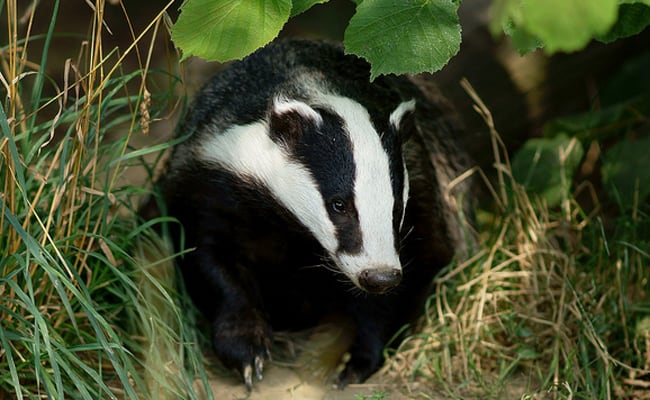 Two badgers who starred in a wildly popular BBC show could be slaughtered by marksmen currently carrying out a badger cull in England.

Bumblebee and Gnat are orphaned badgers who were adopted by a rescue center in southwest England. They ultimately starred in “Hugh’s Wild West,” a BBC Two show watched by millions and presented by chef Hugh Fearnley-Whittingstall.

At the end of the show, the two adorable badgers were released back into the wild, achieving the rescue center’s goal of rehabilitation.

But Somerset, the site of their release, has now become one of the counties subject to badger culls. According to government officials, that’s because badgers are responsible for infecting cows with TB — and, therefore, must be killed.

Almost 20,000 badgers were killed in 2017 — a big jump from the 10,000 individuals that died in 2016. The culls largely took place in southwest England, with the county of Devon — where I grew up –holding six culls and Somerset — where Bumblebee and Gnat were released –holding three.

George Eustice, Minister of State for Farming, Fisheries and Food, declared that the measures had been “effective,” stating:

There is broad scientific consensus that badgers are implicated in the spread of TB to cattle.This year, effective, licensed badger control operations were completed by local farmers and landowners in eleven new areas and eight existing areas.

This shows that badger control can be delivered successfully on a much wider scale than before.

Well,the culls were certainly effective in killing tens of thousands of badgers.But Eustice should take another look.

Slaughtering those cute badgers doesn’t seem to have changed the rate of bovine tuberculosis, or bTB. In fact, the number of badgers culled rose from 615 animals in 2014 to almost 20,000 in 2017, but cattle deaths from bTB increased from 27,474 to 42,000 as the disease continued to spread.

So it appears that the badger culls were ineffective at controlling disease, bringing needless misery and bloodshed to wildlife. And now these two BBC favorites, who were lovingly nurtured by hand, could be the next victims.

The Badger Trust has been fighting the badger culls since their inception in 2013. The animal rights group reminds everyone that:

It’s way past time to put an end to these ineffective and cruel badger culls, which prove only that the government cares not at all about protecting wildlife.

As Badger Trust chief executive Dominic Dyer stated, “No badger in England is now completely safe from the gun sights of badger cullers.”

And that includes Bumblebee and Gnat.

If you want to protect the UK’s badger population, please sign this Care2 petition, calling on the Department for Environment, Food & Rural Affairs and George Eustice to end the cruel and ineffective culls.

We invite you to share your opinion whether Theresa May should end the cruel and ineffective badger culls? Please vote and leave your comments at the bottom of this page.