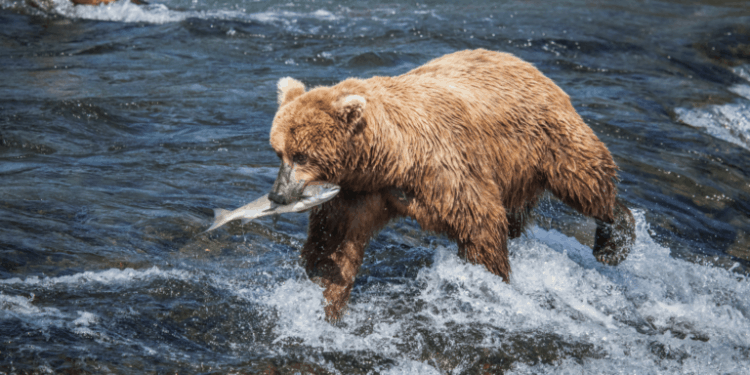 This summer, brown bears will converge on the pristine rivers, streams, and wetlands of Bristol Bay, Alaska to feed on sockeye salmon in preparation for a long winter of hibernation.

But unless we act now, that magnificent wilderness and its abundant fish and wildlife could be devastated by one of the largest open-pit gold and copper mines in North America.

Please speak out before the June 29th deadline to help stop the proposed Pebble Mine project.

Bristol Bay is a wildlife paradise. Along with brown bears, this habitat is home to more than 190 species of birds, 40 species of mammals, and 29 species of fish. Bristol Bay also supports the most valuable wild salmon fishery in the world, supplying almost half of the world’s sockeye salmon.

Two years ago, hundreds of thousands of Americans like you urged the Environmental Protection Agency to protect Bristol Bay’s wildlife from the dangerous Pebble Mine.

Now, the Army Corps of Engineers is pushing the massive mining project forward with a deeply flawed and limited environmental review that ignores devastating impacts for brown bears and Bristol Bay’s rich fish and wildlife.

If the Pebble Mine project moves forward, massive open-pit mining and more than 80 miles of roads and 180 miles of pipelines will transform untouched habitat into an industrial wasteland.

At least 3500 acres of wetlands and more than 80 miles of streams will be destroyed. Toxic chemicals from mining waste will pollute the remaining rivers, streams, and wetlands that bears, salmon, and hundreds of other wildlife species need to thrive.

The science clearly shows that the Pebble Mine would pose unacceptable risks to the wildlife of Bristol Bay.

This article was first published by NWF.org on 5 May 2019.

We invite you to share your opinion whether “Toxic Mining” should be banned to protect Alaska’s brown bears? Please vote and leave your comments at the bottom of this page.