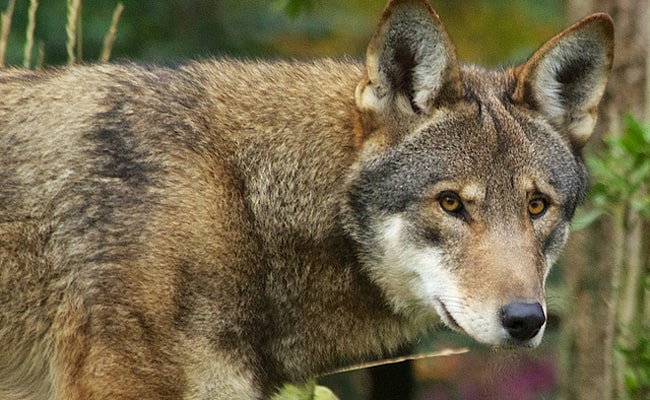 While another assault has just been launched on protection for gray wolves, federal wildlife officials have also just announced a plan that conservationists fear will doom critically endangered red wolves to extinction.

Red wolves once roamed vast portions of the southeast, but they were essentially wiped out by the 1960s due to habitat loss and predator control programs. In 1973, they were protected under the Endangered Species Act and the last remaining red wolves were later captured. In 1980, they were officially declared extinct in the wild.

Seven years later, red wolves who were part of a captive breeding program were released in the Alligator River National Wildlife Refuge in North Carolina – the only state where they exist today. Since then, their range has expanded to include 1.7 million acres, covering five counties in the northeast part of the state.

The recovery program was initially successful. By 2001, there were believed to be 120 red wolves in the wild, but according to the latest five-year status review and species status assessment released this spring, there are now fewer than 40 left.

Efforts to see them restored to the landscape have been controversial, drawing opposition from a range of stakeholders from private landowners to the state’s own Wildlife Resources Commission.

Sadly, the U.S. Fish and Wildlife Service (FWS) has also failed them by weakening the recovery program, not dealing with coyotes (who hybridize with red wolves), issuing permits for them to be killed, not investigating illegal killings and stopping reintroductions – even though there are more than 200 captive wolves available at facilities across the country.

Thanks to a lawsuit brought by conservation and animal advocacy organizations, the agency has already been ordered to stop capturing and killing red wolves, and a current lawsuit is challenging its failure to protect them, but now the FWS is about to do even more damage.

This week the agency released a proposal that would reduce the existing recovery area by 90 percent, limiting them to just a single county where it’s estimated fewer than 15 wolves would be able to survive.

It would also get rid of protections for any that wandered off of federal land, which would allow them to be legally shot, trapped and killed without consequences, and doom those in the captive breeding program to living out their days in confinement.

The proposal has sparked some serious opposition from lawmakers and organizations that have been advocating for meaningful recovery efforts for years, including the Animal Welfare Institute (AWI), Southern Environmental Law Center and the Wildlands Network.

“The Service is not only abandoning the red wolf program against the advice and recommendations of expert biologists, but also sanctioning the slaughter of endangered animals that are not harming anyone or anything,” said Tara Zuardo, senior wildlife attorney for the Animal Welfare Institute (AWI). “This is a death sentence—a recipe for guaranteed extinction in the wild—and in violation of the law.”

Now, red wolf advocates are speaking out about this disastrous proposal, and encouraging us to speak up on behalf of red wolves. Despite the fact that there was already widespread public opposition the last time the FWS put forward a similar proposal, we have to do it again.

You can help by signing and sharing the petition asking the U.S. Fish and Wildlife Service not to move forward with this deadly proposal, and instead do everything in its power to save this species in the wild – as it’s required to do under the Endangered Species Act.

There’s also a 30-day public comment period, which will be open until July 30. You can submit a formal comment in support of red wolf recovery at regulations.gov.

We invite you to share your opinion whether Trump’s Administration should remove protection for red wolves? Please vote and leave your comments at the bottom of this page.