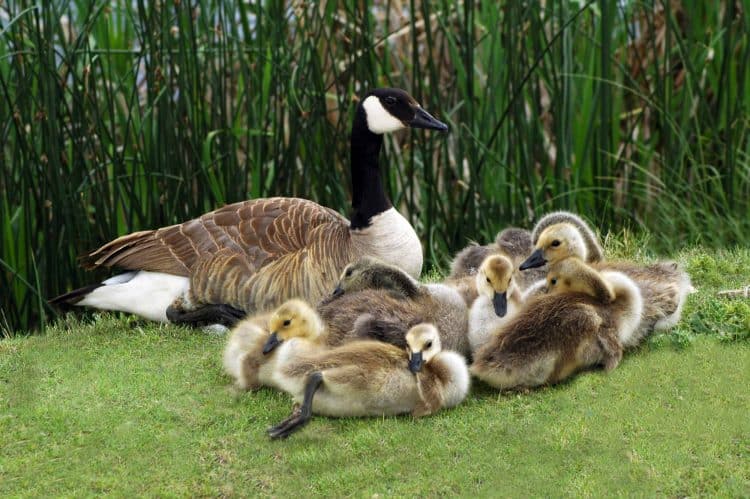 In a change of policy, the Ocean Pines Association decided the nonlethal approach to the Canadian geese problem wasn’t working.

As a result, 290 geese were humanely euthanized as part of the USDA’s wildlife damage management project last week.

Tanya Espinosa with the United States Department of Agriculture would not go into how the geese were euthanized but said it was in accordance ofAmerican Veterinary Medical Association standards. The Animal and Plant Health Inspection Service Wildlife Services also helped with the removal.

Compared to domestic Canadian geese, resident Canada geese return to the area from which they were hatched. Ocean Pines officials said the resident geese were creating unsafe water conditions in the community.

A plan was hatched in 2014 to deter the geese from settling near the Association’s ponds and roads.

But previous attempts to deter geese did not work, including not mowing the areas around the lakes and ponds as well as using a product called “Flight Control” to deter geese from residing in Ocean Pines, said Martin Clarke, a member of Ocean Pines Environment and Natural Assets Committee.

“This is what we should have done five years ago rather than the smoke and mirror stuff that didn’t work,” he said. “Ask anyone that deals with that stuff, it is what leads up to what you do before you kill them. It’s feel good stuff.”

The Animal and Plant Health Inspection Service Wildlife Services has the authority to work with local organizations to conduct such a program to address mammal and bird species, including Canadian geese, the Ocean Pines Association said in a release, because of their impact on local water quality and, thus, human health and safety.

John Bailey, Ocean Pines general manager, said in a release that, because they try to be good stewards of the environment, it is “regretful” that action was needed to maintain the balance between two environmental issues— the geese versus the water quality.

Unfortunately, the statement said, the geese led to “unacceptable levels of feces in the water and recreation areas of the community.”

The actions taken by the Ocean Pines Association were in compliance with the Animal and Plant Health Inspection Service Wildlife Services, Bailey said, and they made that determination before their arrival.

The project developed from the association’s Environment and Natural Assets Advisory Committee, which is made up of the community.

The Environment and Natural Assets Advisory Committee chairman, Tom Janasek, did not return phone calls or emails for comment.

The project was approved as part of the budget for fiscal year 2018-2019, and geese were donated to the Maryland Food Bank.

This article was first published by eu.delmarvanow.com on 06 Jul 2018.

We invite you to share your opinion whether USDA should slaughter Canada Geese to protect water quality? Please vote and leave your comments at the bottom of this page.