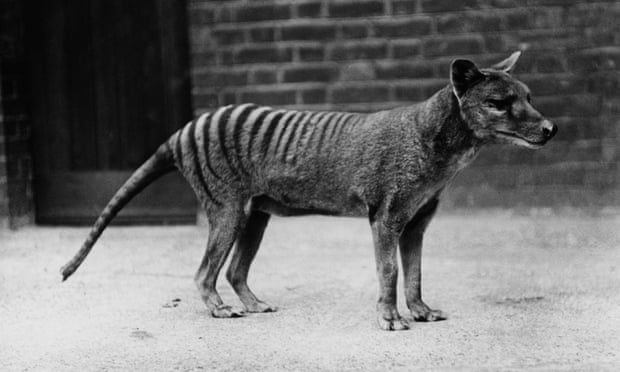 It sounds like something from a sci-fi B-Movie: scientists have moved a step closer to bringing the Tasmanian tiger back from extinction.

Also known as the thylacine, or Tasmanian wolf, the world’s largest carnivorous marsupial died out in its native land sometime during the 1930s. Despite almost 4,000 reports of “sightings” since, including tantalisingly inconclusive video footage as recently as 2008, most regard the species as having gone for ever.

So the mapping of the thylacine’s genetic sequence, which in theory makes cloning the living animal itself possible, raises tricky questions. How far should we go to reverse the tide of extinction? And what ecological and ethical issues might this raise?

Professor Andrew Pask of the University of Melbourne, who led the team sequencing the thylacine’s DNA, has no doubts about bringing back lost species, seeing a clear moral obligation to do so. “We were responsible for hunting [the thylacine] to extinction – in that case, we almost owe it to the species to bring it back”.

Others are less sure. Some have accused scientists of “playing God”, while even National Geographic ran the cover headline “Reviving Extinct Species. We Can. But Should We?”

But such concerns may be too late, as the genie is already out of the bottle. Scientists in Cape Town recently announced that the quagga, a dark subspecies of the familiar zebra that went extinct more than a century earlier, had been revived. The team used selective breeding of zebras, which showed characteristics of their lost cousin, to “reverse engineer” the quagga into existence.

The resulting creature certainly looks like a quagga, even if it is not an exact genetic match. Critics claim that although you can breed for similar appearance, you cannot recreate the animal’s behaviour and ecology. The same may be true of a project to revive the woolly mammoth, which has yet to progress beyond the early stages.

So what next? I’d personally love to see great auks swimming around St Kilda, or a dodo back on Mauritius. But I’m not holding my breath.

As for the thylacine itself, even if science could make cloning possible, the discovery that the animal’s genetic health was compromised, at some point in its long history, means that any cloned animals are unlikely to survive, especially back in the wild.

This article was first published by The Guardian on 17 Dec 2017.

We invite you to share your opinion whether we should revive extinct species? Please vote and leave your comments at the bottom of this page.