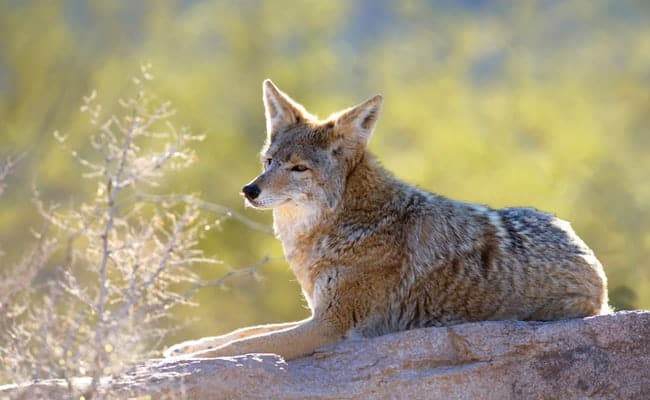 Just weeks ago, a teenager in Idaho almost lost his life and had to watch helplessly as his dog died in front of him. That senseless tragedy was a result of the government’s war on wildlife, with its continued use of deadly devices — otherwise known as M-44s, or “cyanide bombs.”

Unfortunately, and worryingly, the U.S. Department of Agriculture’s Wildlife Services program continues to use these spring-loaded traps designed to blast anything that triggers them with poison. They are supposed to target predators, but like traps, they’re indiscriminate killers that putt wildlife, pets and people at risk/

Following the incident in Idaho, conservation and animal advocacy organizations won a major victory after they successfully petitioned the agency to stop using cyanide bombs throughout the state. And now they’re targeting Wyoming.

A coalition of organizations has just formally petitioned the USDA to immediately ban the use of M-44s throughout the state — and to remove any existing devices.

“There is absolutely no reason for a government agency to be placing poisonous gas anywhere, much less mere yards from where people and pets live,” said Tara Zuardo, a wildlife attorney with the Animal Welfare Institute. “Devices like these are not only extremely dangerous, but they also represent wasteful spending of taxpayer dollars and are the cause of tremendous suffering for both people and animals.”

According to the coalition, between 2000 and 2016, M-44s killed 5,973 target animals and 112 non-target animals, including eight dogs and 447 unclassified animals. And that’s in addition to two dogs who were killed this year in the state.

The effort to get these devices out of Wyoming is part of a larger effort to remove both M-44s and Compound 1080 — another deadly poison used by Wildlife Services — from the U.S. landscape.

Compound 1080 is an odorless, colorless, tasteless and water-soluble poison — one that is so toxic it is classified as a chemical weapon in several countries. The Federal Bureau of Investigation lists the compound as “a highly toxic pesticide judged most likely to be used by terrorists or for malicious intent.”

Despite its dangers — and the fact that it has no antidote — Compound 1080 is still used in collars worn by livestock to control predators. The devices release poison when punctured, leaving victims facing a prolonged and agonizing death. And because the compound is stable, it puts more wildlife at risk of secondary poisoning if they scavenge the carcass of a victim.

Now, there’s more hope that theuse of M-44s and Compound 1080 will end forever. Earlier this spring, Rep. Peter DeFazio (D-OR) introduced the Chemical Poisons Reduction Act of 2017 (H.R. 1817), which would ban the use of both Compound 1080 and sodium cyanide to control predators across the nation.

“I have been trying to ban the indiscriminate use of lethal devices and poisons like Compound 1080 and the chemicals used in M-44 devices for decades, even as a Lane County Commissioner,” said Rep. DeFazio. “The use of these deadly toxins by Wildlife Services has led to countless deaths of family pets and innocent animals and injuries to humans. It is only a matter of time before they kill someone. These extreme so-called ‘predator control’ methods have been proven no more effective than non-lethal methods―the only difference between the two is that the lethal methods supported by the ranching industry are subsidized by American tax dollars.”

Please sign and share this Care2 petition urging Congress to pass federal legislation that would protect wildlife, pets and people by removing these deadly poisons from the landscape.

We invite you to share your opinion whether wildlife-killing “cyanide bombs” should be banned? Please vote and leave your comments at the bottom of this page.