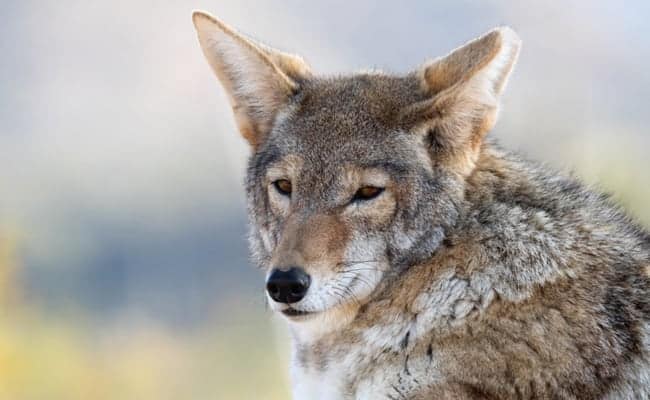 Animal advocates are celebrating a win for wildlife in Northern California that will protect numerous species from being inhumanely killed by a federal agency that’s become increasingly well-known for its war on wildlife.

The U.S. Department of Agriculture’s Wildlife Services has been in the spotlight for years over its incredibly cruel and wasteful killing of thousands upon thousands of native species, particularly at the behest of the agricultural industry.

Last year, the agency was responsible for killing 2.7 million animals across the country, and its methods continue to put non-target species, pets and people at risk of being injured and killed.

Back in June, a coalition of organizations, including the Animal Welfare Institute, the Center for Biological Diversity, the Western Watersheds Project, the Animal Legal Defense Fund, Project Coyote and WildEarth Guardians joined forces to sue the government in an effort to protect wildlife from being needlessly killed. They argued that the agency violated federal law by failing to analyze the environmental impacts of killing hundreds of animals, and now they’re celebrating a major win.

As a result of a settlement that was reached this week, the agency is now going to have to implement numerous protections for wildlife in Northern California.

To start, Wildlife Services is going to have to complete a study of the impact and risks of its wildlife-killing program in California’s North District by the end of 2023.

In the meantime, it’s going to have to stop using M-44 cyanide devices, den fumigants and lead ammunition, in addition to having to stop any aerial gunning and will not be able to use any type of body-gripping traps, including snares and steel-jaw leghold traps, in designated Wilderness Areas and Wilderness Study Areas.

The agency will also have to take measures to protect gray wolves, who have only recently returned to the state, from being accidentally killed

“For over two decades, Wildlife Services has relied on cruel and outdated methods, such as steel-jaw leghold traps, in California―despite a statewide ban on private use of such devices,” said Tara Zuardo, Animal Welfare Institute wildlife attorney. “Today’s decision from the court ensures the environmental analysis of the program’s killing of wildlife will receive a much-needed update. California wildlife deserves this protection.”

Hopefully more victories like this will soon follow and lead to better measures that will encourage coexistence with predators and other native species.

We invite you to share your opinion whether Wildlife Services should stop its secret wildlife-killing program? Please vote and leave your comments at the bottom of this page.