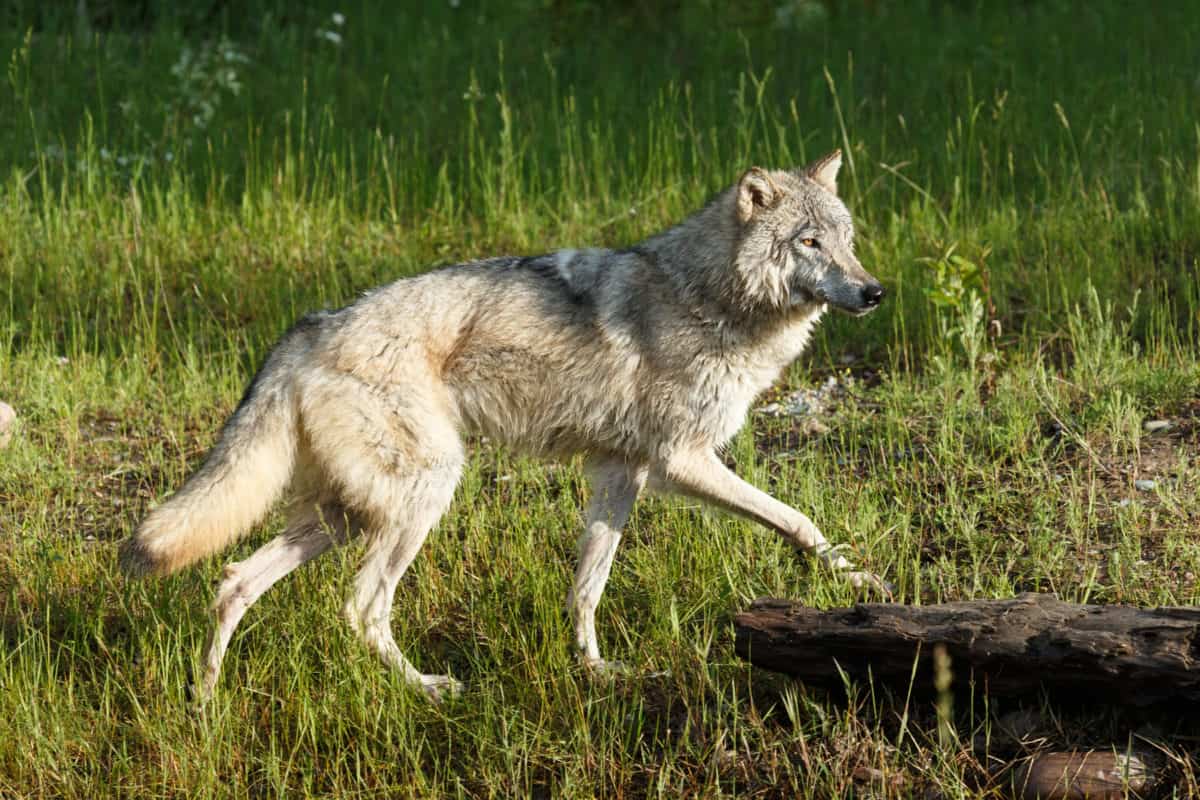 From the peak of Mt. Rausu, a clear view of the Shiretoko Peninsula opens from the Okhotsk Sea on the west to the Pacific Ocean on the east. Below, a dense green boreal forest of conifers, maples, and birch hides hundreds of brown bears and 590,000 sika deer.

Japanese wolves once roamed this wilderness but their primeval howls fell silent here, and throughout Japan, more than a hundred years ago.

Narumi Nambu is working to bring wolves back to Japan.

“An apex predator is essential for sustainability of an ecosystem, and in Japan it was a wolf,” she wrote via email. Nambu volunteers for the Japan Wolf Association. Her work earned her the “Who Speaks for Wolf” award at the International Wolf Symposium in Minnesota, where she recently spoke.

She explained that, without the presence of natural predators like wolves, two-thirds of Japan’s 30 national parks are showing signs of deer-induced injury.

Shiretoko National Park, a UNESCO World Heritage Site, has a deer problem, as does much of Japan. According to the most recent annual report by the Japan Forestry Agency, 8,000 hectares (19,768 acres) of the country’s forest were harmed in 2015 by wildlife — 77 percent of it due to deer. All told, deer were responsible for $53 million in damage.

Marc Abrams, a forest ecologist at Penn State University, explained that deer browsing prevents young seedlings from taking hold, and has allowed strong, resilient sasa bamboo to take over the forest floor. “You’re up to your waist in this stuff and the trees just can’t regenerate through that,” Abrams said.

Nambu and other wolf supporters see predator reintroduction as a solution to the overpopulation of deer.

Forests cover fully two-thirds of Japan but they have a complex history. About 60 percent are considered natural forests, left mostly for nature to manage. The remaining 40 percent are plantation forests.

Rebuilding after WWII, the nation embarked on a program of replanting native forests with commercially-valuable Japanese cedar, cypress, and larch trees to create a self-sufficient timber industry. But in 1964, restrictions on lumber imports were lifted.

“The management and production in these plantation forests had become too expensive to compete with the costs of imported timber,” explained Sándor Tóth, a forest scientist at the University of Washington who has researched extensively in Japan.

Without money from logging operations, plantations were no longer thinned or re-planted. Deer took over.

Sika deer (Cervus nippon) expanded their range by 70 percent from the 1990s to 2009. The estimated population now exceeds three million, according to Japan’s Ministry of the Environment.

A slew of studies have been written on the detrimental effects of sika deer, linking them to crop damage, bark stripping, soil erosion, car accidents, and reduced tree diversity. Four cases of tick-borne encephalitis have been reported since 2016 in Japan, where wild deer have tested positive for the virus.

Lacking much of a hunting culture, Japan has turned to culling operations, including the use of sharp-shooters, enclosure traps, and high-tech traps. The goal is to cut the deer population in half by 2025.

The Japanese public’s response to the slaughter of 1.5 million animals is unclear.

“Most people do not know the detailed plan of the government,” Nambu observed. “They become vaguely aware of massive killing, but do not want to be involved.”

Deer are not the only wildlife threatening forests in Japan. Wild boar are rapidly increasing as well, drawn to abandoned farmland and expanding their range north in response to climate change. They now number 890,000. If wolves were reintroduced, they would likely include these animals as prey, based on predator dynamics in southern Europe.

It’s the remoteness of Shiretoko on the northern tip of Hokkaido that makes it a promising place for the return of wolves, but there is no government plan, proposal, or support for reintroduction.

In 1998, relaxed hunting regulations resulted in 37,800 does and 34,700 bucks killed in eastern Hokkaido. That year, 26 sea eagles also died, traced to lead poisoning from unregulated bullets. And despite this two-decade long effort, sika deer populations in Hokkaido remain high.

“The deer continue increasing, and the forest continues deteriorating,” said Hiroshi Asakura, a wolf activist. He believes that negative attitudes toward wolves date back hundreds of years in Japan, to the Edo Period (1603-1868).

Protected by Tokugawa Tsunayoshi, known as the Dog Shogun, the number of dogs in Japan grew exponentially. The Shogun himself kept 50,000. Packs of stray dogs roamed countrysides and cities, sometimes attacking people. Asakura is convinced that these attacks were attributed incorrectly to wolves, creating a fear that persists today.

Persecution, hunting, warfare, and perhaps rabies led to the extinction of wolves in Japan. The Ezo wolf (Canis lupus hattai), which inhabited Hokkaido until 1889, was a descendant of North American grey wolves. A separate species, the Honshu wolf (Canis lupus hodophilax), survived until 1905. A recent DNA study published in Science found that it was more closely related to an ancient species that lived in Siberia until about 20,000 years ago than to modern grey wolves.

Nambu has suggested that wolves from Mongolia or China would be the most appropriate candidate to bring to Japan forests. Neither are abundant.

The most recent estimate of 10,000 wolves in Mongolia dates to 2004 and showed a sharp decline from 30,000in 1980. Wolf pelts, teeth, skulls, and paws are readily found in Chinese shops along the Mongolian border, according to a 2009 European Commission report.

While wolves are present in virtually all of mainland China, according to a 2016 report published in Zoological Research, only Tibet and Inner Mongolia show significant numbers.

For wolf advocates like Hiroshi Asakura, the biggest challenge is not finding wolves to translocate, but changing the mindset of the Japanese public. The Japan Wolf Association says that support for wolf reintroduction grew from 12.5 percent in 1993 to nearly 45 percent in 2016.

Nambu is optimistic. “If people realize there is another way to reconcile with nature, they will be sure to choose that. It is coexistence with wolves.”

This article by Genevieve Belmaker was first published on Mongabay.com on 20 Nov 2018.

We invite you to share your opinion whether wolves should be restored in Japan to control sika deer and save forests? Please vote and leave your comments at the bottom of this page.