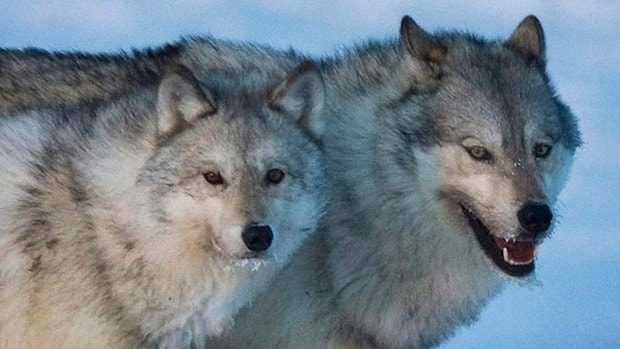 The BC government has launched a wolf kill program, blaming the wolves for the drastic decline of caribou, a decline which is actually caused by habitat destruction.

So is the wolf kill a solution? Killing wolves will not bring the caribou back in the absence of adequate habitat protection for caribou.

Culling intelligent, social animals that are vital to the ecosystem is not a valid solution to a human caused issue and in this case is ethically, socially and scientifically unjustified.

But instead of protecting critical habitat, such as lichen-rich high elevation forests, the B.C. government turned a deaf ear to scientific warnings and allowed logging, industrial exploration and other kinds of human encroachment to take place.

Now that the caribou are almost gone, they’ve decided to scapegoat wolves. These highly social and intelligent animals, icons of B.C.’s natural heritage, should not be killed because of long-term government negligence in regards to habitat protection.

If the wolf kill program is allowed to continue, thousands of wolves will die a cruel and unnecessary death resulting in an ecosystem imbalance and loss of genetic diversity.   Don’t let that happen. Help us fight for the wolves’ right to live.

We invite you to share your opinion whether wolves should be slaughtered in British Columbia to save caribou?

So how do we save wolves? Help us build an international spotlight on the wolf kill so the government is pressured to focus on protecting habitat for the caribou rather than killing wolves.

Join the Save BC Wolves Campaign – keeping this wildlife tragedy in the spotlight, educating the public, running ad campaigns and supporting front-line observers who oppose the kill. The campaign requires a full time effort, and we need your support to achieve this.

Visit our Indiegogo campaign to learn more and donate at: indiegogo.com/projects/save-b-c-wolves/x/9646119

This video was first published by Pacific Wild on 22 Jan 2015.