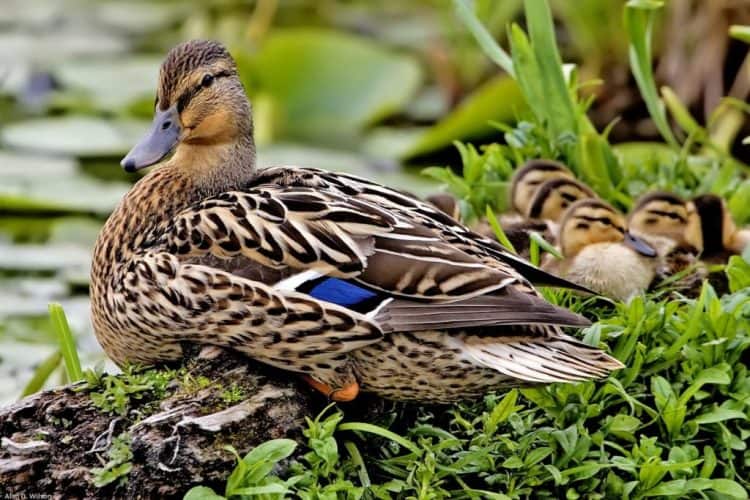 President Trump has said that he wants the nation to have “crystal clear water,” and it would be hard to find anyone who would disagree with that.

However, last week, the Administration released an executive order that would take the country in the opposite direction — rolling back a rule aimed at bettering the drinking water supplies of roughly one in three Americans.

The order goes beyond just rolling back the Clean Water Rule, however. What’s really unusual about this order is that it directs the Environmental Protection Agency to consider Justice Antonin Scalia’s opinion in Rapanos v United States, a 2006 Supreme Court case, when rewriting a rule that defines which waters are protected by the Clean Water Act. The majority of the Supreme Court rejected this approach as inconsistent with the Clean Water Act. Collin O’Mara, President and CEO of the National Wildlife Federation, said in a statement:

This is an approach that the Supreme Court has previously rejected, specifically because it is not based upon sound science, is inconsistent with letter and spirit of the Clean Water Act as passed by Congress, and does not follow existing case law. It will be struck down by the Court eventually, but in the meantime our waters will have fewer protections. America can do better and we urge the administration to fulfill its promise of ‘crystal clear water.’

Please let President Trump know that you want him to protect clean water and wildlife by sharing this post.

The splintered 2006 decision created confusion over how to determine whether the Clean Water Act applies to America’s smaller streams and wetlands – waters that provide important fish and wildlife habitat and fuel our nation’s drinking water supply.

Justice Anthony Kennedy’s opinion — setting out a “significant nexus” test — has been considered the guiding standard to determine whether a water can be protected under the Clean Water Act.

Kennedy’s test states that wetlands must have a “significant nexus” to a navigable water, meaning the wetland must have an identifiable physical, biological, or chemical connection to a water body you can float a boat on.

The Clean Water Rule was written to pass Kennedy’s test. The rule restores protections for 60% of our nation’s stream miles and millions of acres of wetlands. The lengthy rule making process was guided by the best available science and extensive stakeholder input, garnering about one million public comments. Of these one million comments, 87% were supportive of the rule.

By calling for a re-write of the Clean Water Rule, President Trump’s executive order therefore threatens Clean Water Act protections for these waters.

All water flows downstream and you cannot achieve the fundamental goal of the Clean Water Act without protecting upstream waters and stopping pollution at its source. Few would argue that Clean Water Act protections should not apply to the Colorado River, Chesapeake Bay, and the Great Lakes, but all these great waters begin as, and are fed by, headwater streams and springs upstream. The health of these small streams directly affects the water quality of our nation’s iconic water bodies downstream.

Writing a new rule based on Scalia’s opinion would eliminate clean water protections for 60% of the nation’s stream miles and more than 20 million acres of wetlands nationwide. The 64 million acres of prairie pothole wetlands – shallow depressions filled with snow melt and water in the spring – would also remain unprotected. These seasonal wetlands are home to more than half of North American migratory waterfowl including mallards, gadwall, and redhead ducks.

The science does not support rolling back these Clean Water Act protections. This executive order is an attempt to change the inclusive legal standard determining what waters can be protected from pollution, and instead adopt a new standard that doesn’t actually consider the science – a move that was rejected by the two previous administrations.

Science tells us is that head water streams, tributaries, and nearby waters have a significant impact on downstream water quality. In order to fulfill President Trump’s campaign promise of “crystal clear water,” his administration will need to protect all of America’s waters, not just some of them.

Every American deserves access to drinkable, fishable, and swimmable water. An order that is neither guided by science nor likely to hold up in court is at odds with this promise. Instead, it leaves much of our nation’s drinking water and fish and wildlife habitat vulnerable to pollution, threatening public health, wildlife habitat, and America’s outdoor heritage.

Since the order directs the EPA to begin a new rule making process, the public will have lots of opportunities to comment on a new rule. Stay tuned for your chance to talk about why clean water is so important to wildlife and to you. Sign up here to join the fight for wildlife and receive updates on actions you can take!

This article was first published by National Wildlife Federation on 07 Mar 2017.

We invite you to share your opinion whether the promise of “crystal clear water” will be broken by Trump? Please vote and leave your comments at the bottom of this page.