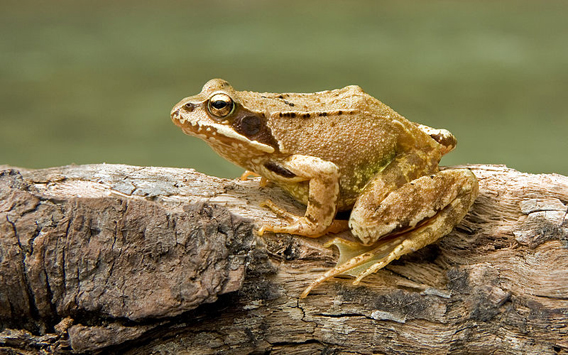 Commonly used agrochemicals (insecticides, fungicides and herbicides) kill frogs outright when sprayed on fields even when used at recommended dosages, according to new research in Scientific Reports. Testing seven chemicals on European common frogs (Rana temporaria), the scientists found that all of them were potentially lethal to amphibians.

In fact, two fungicides—Headline and Captain Omya—wiped out the entire population of frogs at the recommended dosage. The study warns that agricultural chemicals could be having a large-scale and largely unrecorded impact on the world’s vanishing amphibians.

While there has been significant research on how agrochemical impacts tadpoles in water, scientists have not studied how amphibians react to direct spraying once they’ve moved from their tadpole stage onto land.