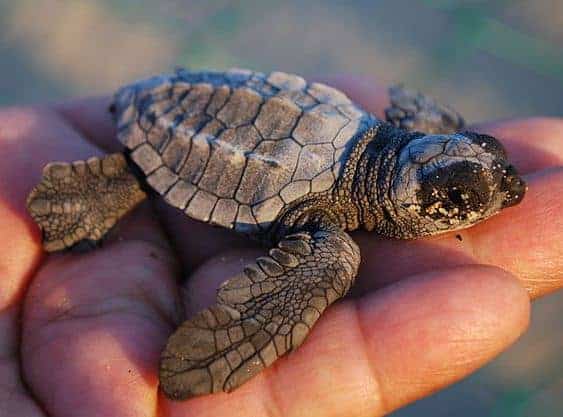 We’re thrilled to share some great news with you — After more than five years of delay, the federal government finally proposed to protect 36 areas of ocean habitat across six states for loggerhead sea turtles, in response to a lawsuit filed by Oceana, the Center for Biological Diversity, and the Turtle Island Restoration Network.

After the government failed to respond to petitions to strengthen protections for loggerhead populations from as far back as 2007, we joined with these two other conservation groups to bring the lawsuit. The new proposal by the National Marine Fisheries Service (NMFS) to protect the waters off of North Carolina, South Carolina, Georgia, Florida, Alabama and Mississippi, comes as a direct result of this lawsuit!

Loggerhead sea turtles werefirst declared endangered in 1978,yet the federal government has yet to designate any critical habitat for them as required under law by the Endangered Species Act (ESA).Loggerhead sea turtles face serious threats from pollution, drowning and injury in fishing gear, and loss of nesting beaches due to coastal development and sea-level rise, all of which are preventing the recovery of this vulnerable species.

Although today’s proposal is a step forward for turtle conservation, the plan limits protections to waters offshore of southeastern nesting beaches, even though loggerheads regularly go as far north as Massachusetts. It alsofails to protect areas where the turtles are known to feed on both east and west coasts and in the Gulf of Mexico.

“Loggerheads migrate thousands of miles,facinggiant shrimp trawls, hundreds ofplastic bags, speeding yachts, fishing lines and even oil rigs, all obstacles jeopardizing their ability to feed and swim to shore to lay eggs,” said Amanda Keledjian, a marine scientist at Oceana. “Protecting turtlesas they swim to their nesting and feeding areas is essential for rebuilding populations. NMFS is required by law to protect areas that threatened and endangered species need to not only survive, but recover to levels where they no longer need the safety net of the ESA.”

The U.S. Fish and Wildlife Serviceproposedcritical habitat protection for loggerheads on land in March, covering 739 square miles of nesting beaches — 84 percent of all known nesting areas — along the Atlantic and Gulf coasts. Identifying marine habitat can be more challenging, however, as many important conditions such as water temperature and prey availability change over time. Protected habitat areas for these turtles must be finalized by July 1, 2014, according to the terms of the earlier settlement agreement.

“Whether they’re on sea or land, sea turtles face a cascade of threats — oil spills, plastic pollution, prey depletion, and drowning in fishing nets, among others. We can’t expect these creatures to recover and survive if we don’t protect the places where they live, and this proposal is a step in the right direction,” said the Center’s Catherine Kilduff.“This decision comes at a crucial moment. In recent years nesting numbers have fluctuated greatly—we have to ensure those baby hatchlings return from their ocean journeys to nest.”

“We must protect the critical habitat of loggerhead sea turtles if we expect this ancient species to survive and recover from their current perilous and endangered status.We will continue to fight for additional protections to give these gentle giants a chance at surviving the human threats of beach development, commercial fishing and ocean pollution that threaten their very existence,” said Todd Steiner, wildlife biologist and executive director of SeaTurtles.org.

In addition to providing protections to threatened and endangered wildlife, protecting critical habitat areas raises awareness about important sea turtle habitats andrequires that federal activities, including any requiring a federal permit, be reviewed before approval to ensure there are no potentially harmful impacts to loggerhead sea turtles’ survival and recovery.

This article was written by Amelia Vorpahl for Oceana.org