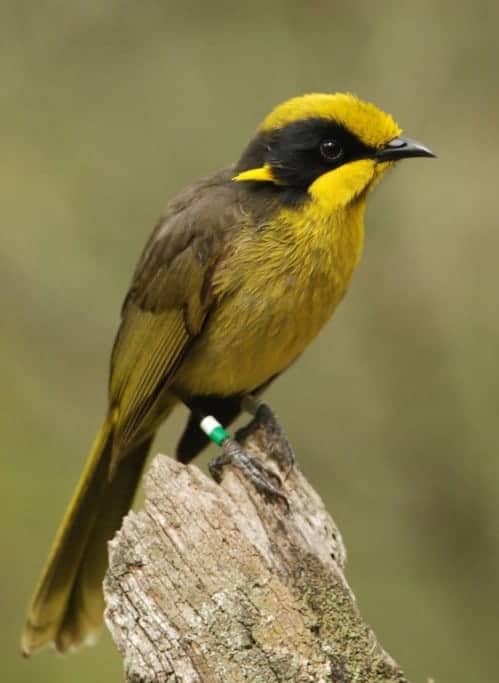 Eleven captive-bred helmeted honey-eaters will be released into the Bunyip State Park, east of Melbourne today, to boost the bird’s numbers.

Seven of the critically endangered birds were bred at Healesville Sanctuary and four came from the Taronga Zoo in Sydney.

Bruce Quin, of the Department of Sustainability and Environment, says volunteers will be keeping a close watch on the birds because they are vulnerable to predators such as hawks.

He says the birds will also be radio-tracked.

“We want to look at the movements of the birds, what habitats they use, where they go to, the general activity in terms of whether they are habitat searching or foraging,” he said.