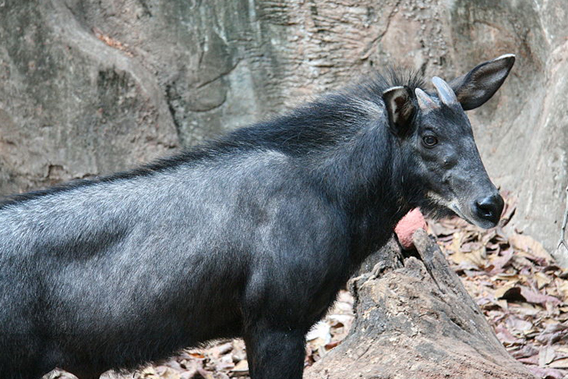 A video camera trap expedition into Sumatra’s Leuser ecosystem has captured a rarely-seen, bizarre mammal on tape. The Sumatran serow (Capricornis sumatraensis) is a goat-antelope found both on Sumatra and mainland Southeast Asia. Rarely seen and little-studied, the animals inhabit highland areas.

“Serows seem to be rare creatures, we only filmed two individuals. But they might still be common in Leuser’s high and remote corners,” Marten Slothouwer, who is running the Eyes on Leuser expedition, told mongabay.com, noting that there is little information on the species.

The Sumatran serow is listed as Vulnerable by the IUCN Red List; it is threatened by deforestation and hunting. The species is one of six serows found across East Asia. “In Sumatra they have been photographed in several areas and people in Leuser do like their meat, but it’s not something widely that’s available,” Slothouwer says.

Eyes on Leuser has managed to capture over 40 species on video, many of them rarely seen or recorded, in some of the last forests of Sumatra.