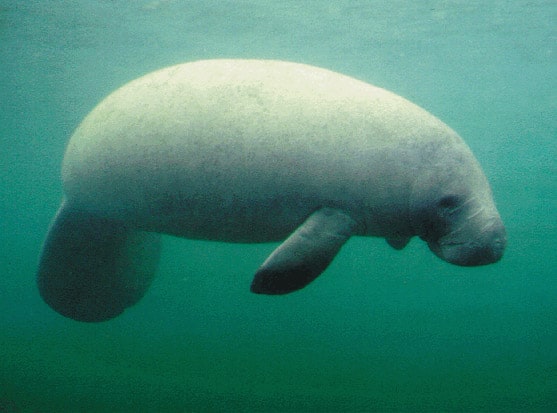 Over the last two months, 180 manatees have been found dead along the coasts of Florida. The friendly and well-loved creatures of Florida’s waters are currently being threatened by an outbreak of red tide, an algal bloom which has proved to be toxic to the species.

A harmful toxin in the algae enters the nervous system of the manatees and prevents them from being able to breathe, which then causes them to drown. Some studies show that the algae may be linked to climate change and increasing global atmospheric temperatures because the algae blooms in warm temperatures. This detrimental algae has led to a record number of manatee deaths in the last two months and will likely continue to do so for the next several months. Many scientists and veterinarians are making valiant efforts to help prevent further manatee deaths, but not all of the creatures can be saved.

There are less than 5,000 Florida manatees inhabiting U.S. waters, and this number is shrinking every day. Manatees are endangered in the U.S. and protected under the Marine Mammal Protection Act and Florida Manatee Sanctuary Act. Despite this, their numbers continue to decline.

With the growing threat of extinction, it is becoming increasingly important to rescue and protect as many of these creatures as possible. These large mammals are also being threatened by various types of human activity including fishing vessel activity and recreational boating, with as many as 80 animals being killed every year in boat collisions. It is extremely important to protect this species in order to maintain the biodiversity of the oceans and the earth. We must take steps to further the protection of these creatures as well as the many other sea animals that are facing population declines and possible extinction.