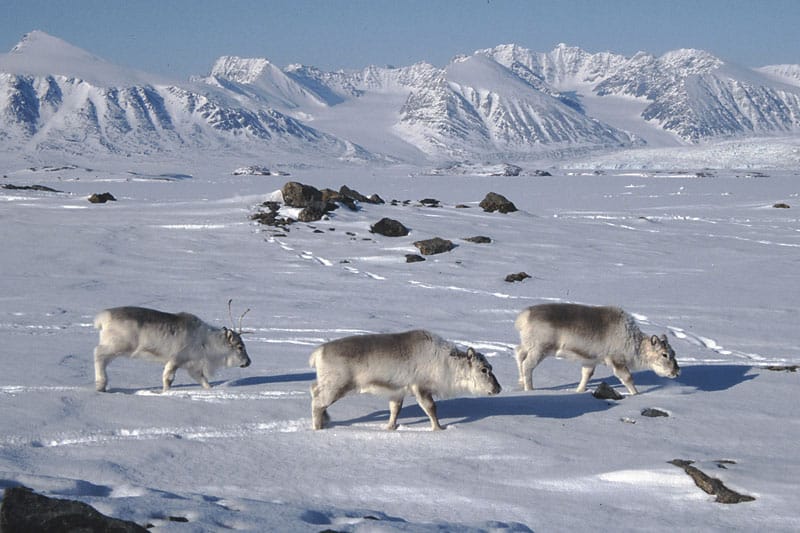 CHRISTMAS is tied to the magical north and to the reindeer — creatures of mythical power that fly through the night across the world, helping to distribute happiness and good will. But reindeer do exist — we call them caribou in North America — and these animals and their home in the boreal woodlands and on the barren-ground tundra are in trouble.

For the past decade, I have been conducting aerial surveys of caribou herds. As I sit strapped in small planes in minus-20-degree temperatures, it amazes me that that they survive against the challenges of their environment — particularly the females. These animals spend most of the year on the move and live in places that seem intolerably harsh. They undertake long journeys of hundreds or thousands of miles and return to give birth in the same traditional areas. Such large-scale migrations are an ecological phenomenon that, sadly, is fast disappearing across the planet.

Much of the far north is commonly thought to be wilderness. But this situation has been changing rapidly over the last decade. Caribou require a great deal of space to survive, but the clearing of land for one development project after another, combined with the building of roads and other means of access for resource exploration, are bringing about profound changes to their habitat and making it easier for hunters to reach them.

A changing climate is adding additional stress. More winter rain and ice make it difficult for them to dig for the food that lies under the snow. The timing between caribou arrivals on calving grounds and spring plant growth, calibrated over thousands of years, are more and more mismatched, threatening calf survival. Unpredictable weather patterns are increasing mortality as well, and the escalating intensity and frequency of fires in forests and on the tundra present an additional threat.

During the past century, caribou have vanished from at least 40 percent of their southern range. They are no longer found in Montana, Minnesota, Wisconsin, Michigan, Vermont, New Hampshire, Maine, Nova Scotia, Prince Edward Island or New Brunswick. Many populations are currently in decline, some by as much as 85 percent over the past 10 years alone. Nevertheless, caribou migrations continue to represent one of the last great wildlife spectacles on earth.

Sadly, the wild lands that support caribou are up for grabs. The epicenter of their range is in the vast hydrocarbon-rich reaches of western Canada and Alaska, where millions of barrels of oil await extraction for markets in North America and Asia. We can’t get the oil out fast enough, and as a result, almost every caribou population in the boreal forests of northeastern British Columbia and Alberta is rapidly losing ground.

In the barren lands of the far north, where caribou numbers have undergone natural fluctuations over decades, the question is whether the declining populations will have the chance and the space to rebound as their ranges, particularly their calving areas, face mineral exploration, mine, oil and gas development, and a changing climate. In these regions, caribou hold tremendous cultural importance to northern people. Stresses on this species reverberate in the daily lives of those who share their range.

Scientists who study caribou are gaining a better understanding of what these animals need to survive, and how they respond to changes in their landscape. That knowledge suggests we move with considerably more restraint in the development of wild places that support this great animal. With comprehensive planning, we can maintain landscapes to safeguard caribou populations before all that remains of this Yuletide symbol of the natural world is a wintry dream from our childhood.