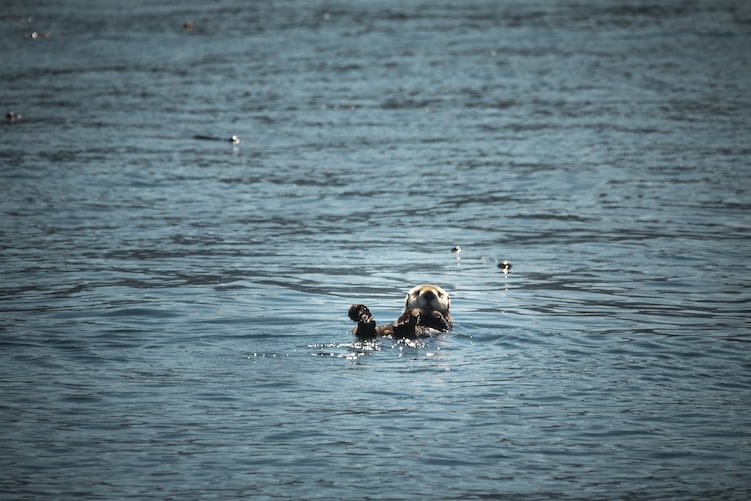 Does the thought of coming face-to-face with a predator terrify you? Wish they would all just disappear? Not so fast.

Eliminating predators is one of the major ways humans damage ecosystems, since many predators act as a keystone species that hold complex food webs together.

Predator removal may seem reasonable due to concerns over human or livestock safety, like in the 19th century during the removal of gray wolves from most of their territory in the United States.

In recent times, there have been efforts to reintroduce or protect keystone predator populations, which has benefited ecosystem health.

But this has not felt beneficial to everyone. Some local communities and industries have gotten used to the absence of a predator and feel predator recovery would have a negative impact on them.

For example, some Indigenous communities and invertebrate fisheries in the North Pacific do not want the return of a keystone predator — the sea otter — because the otters eat the shellfish that these communities rely on for food.

The problem is we do not have a clear understanding of how recovering keystone predators affect local economies and human populations (either positively or negatively).

In the past, sea otters ranged across the North Pacific Rim, up to the top of North America and west into Russia

In a recent study published in Science, a team of researchers led by Edward Gregr of the University of British Columbia developed a way to address this question. They used a predictive model to measure the monetary value of ecosystem services (any positive benefit an ecosystem provides) when a keystone predator is present or absent from the habitat.

They also developed a method to measure the uncertainty in their predictions, which has often times been an ignored feature in ecological models. The researchers used the well-studied ecosystem off the Canadian coast in the North Pacific as a model – the place where sea otters were reintroduced.

In the past, sea otters ranged across the North Pacific Rim, up to the top of North America and west into Russia. During the 18th and 19th century, sea otters were hunted for their fur which led to a large decrease in their habitat range and near-complete extinction.

Though they have since recovered in some areas of the North Pacific Rim, they have not fully returned to their original habitat range. The researchers used these areas to compare the same type of ecosystem from different sites, some containing sea otters for over 40 years and some where sea otters have remained absent since their local extinction.

They compared these ecosystems by measuring the total biomass (total mass of living things in an area) of different types of organisms in the ecosystem. Biomass measurements help marine ecologists understand how well an ecosystem is functioning, as well which species in the ecosystem have healthy populations and which do not.

The researchers then fed the biomass data into a trophic model, which makes predictions about how biomass is distributed at different levels of the food chain (e.g. prey and predators). They found that the presence of sea otters increases total ecosystem biomass by 37%. That means there is predicted to be more plants and animals (by mass) in the habitat with sea otters present as active predators.

They then used their biomass data alongside invertebrate catch data from 1983 to 2008 from Fisheries and Oceans Canada to assess economic gains and losses that would occur when sea otters were present and absent in the habitat based on four different ecosystem services: invertebrate catch, fish catch, ecotourism, and carbon sequestration.

Collectively, there was a predicted net gain of $46.3 million CAD ($35 million USD) across the four tested ecosystem services

In their calculations, tourism gained revenue based on surveys that estimated how much tourists were willing to pay for a nature tour if they had a very high chance of seeing a sea otter. The survey found that people’s willingness-to-pay would increase by an average of $121 CAD per visitor ($91 USD) if otters were present, resulting in an overall estimated gain of $42 million CAD ($32 million USD) annually from the presence of sea otters.

The other two ecosystem services, carbon sequestration and fish catch, also showed a predicted increase in annual economic gains with the presence of sea otters, mainly due to the sea otter’s role in increasing biomass of other species in the ecosystem.

The sea otter ecosystem is largely made up of thick kelp forests. Within these forests, sea otters prey on sea urchins, which graze heavily on kelp. If sea otters are not present, then urchin populations boom, which leads to overgrazing — killing all the kelp — and creating a wasteland known as an urchin barren.

So, sea otters indirectly maintain healthy kelp populations, which leads to more carbon being locked away in kelp tissue. This is economically beneficial because it mitigates carbon expenses from carbon taxes and also assists in reducing economic impact caused by climate change.

Using carbon pricing from the European Union, the researchers predicted that sea otters would lead to an economic gain of $2.2 million CAD ($1.7 million USD) annually. Having a healthy kelp forest also increases habitat for fish, and therefore fish biomass.

This can lead to additional fish catch and was predicted to provide an economic gain of $9.4 million CAD ($7.1 million USD) annually. Collectively, there was a predicted net gain of $46.3 million CAD ($35 million USD) across the four tested ecosystem services. So overall it appears that sea otters benefit the economy.

Hopefully this new modeling technique will be applied across many ecosystems to help guide conservation and public policy. But local communities can only obtain these economic gains from ecosystem services if they have access to them.

For example, local Indigenous people may experience economic losses more intensely than other communities because the economic benefits, like tourism, are not spread equally across all economic sectors. Their needs and wishes must be considered in sea otter reintroduction plans.

It may seem odd to think about organisms in terms of monetary value, because to many of us, they mean much more. The economic argument this study makes is not to replace the ecological argument for predator reintroduction, but rather adds a different perspective.

Making an economic argument alongside an ecological one can help capture a more diverse audience and gain favor for the reintroduction of predators by those who are not moved by the ecological argument alone. Predator reintroduction and protection should continue to gain support when scientists show that the ecosystem and human populations will benefit from the effort.

Implicit bias. This is restraint that is perhaps most prominent in selection of researchers, certainly in corporate and other funding of research. As a participant over time, I’ve done handwriting for projects and research operations. When presenting prospective research, success was ALWAYS directly correlated to exactly what the woman expressed: Improving exploitative opportunitie for humans to increase their taking, whether short-term or long-term. NEVER is any mention of facilitating REDUCTION of human exploitation, human population – the real and common implicit driver of all biological catastrophe during our existence. This, of course, condemns any individual scientist not seeking exploitative ends,… Read more »