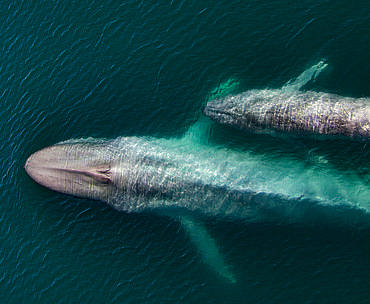 In a victory for conservationists, an oil platform planned near the habitat of a critically endangered whale population has been postponed for at least five years. A decision about development plans for the offshore Sakhalin-II drilling platform has been deferred by the Sakhalin Energy consortium, according to the western gray whale expert panel report.

Concerns had been raised over the platform’s potential impact on western north Pacific gray whales, of which only an estimated 150 animals remain. WWF and other organizations have campaigned to stop the platform from being built by targeting both the oil company and the banks that are the main investors to the project, and see this as a successful outcome.

“Sakhalin Energy has delayed until 2017 its decision about building an additional oil platform, meaning the whales are safe at least until 2020. This gives us more time to convince the company that the project should be stopped for good,” said Aleksey Kniznikov, Oil and Gas Programme Coordinator of WWF-Russia.

The Sakhalin-II platform was set to be built near the whales’ summer feeding ground in the Russian Far East where two other instillations already exist. WWF feared that increasing underwater noise pollution from construction and operation of the structure could drive the animals away. Gray whales have bad eyesight and rely on their highly sensitive hearing to find food. Additionally, oil spills in the frigid sub-Arctic waters are difficult to clean up and could be catastrophic for wildlife.

“These extraordinary animals and their newborn calves must consume enough food during the summer to last them on their lengthy migration,” Kniznikov said. “This place that is so critical to the whales was put at even further risk by oil and gas prospectors, but the whales have won for now.”

“Unfortunately another development in the area is now cause for concern,” said Kniznikov. “Exxon Neftegas Limited is planning to construct a temporary pier in the whales’ habitat, which could disrupt their feeding area.”

WWF is urging the operator to abandon plans for the pier and to use an alternative way to deliver cargo on shore.

Across the globe the world’s most extraordinary places and rare species are coming increasingly under threat from oil and gas exploration activities. Even World Heritage Sites like the Great Barrier Reef and Virunga National Park are not safe. WWF believes that divestment from dirty fossil fuels and a switch to 100% renewable energy is needed to ensure a healthy future for the planet.

This article was written and published by WWF.