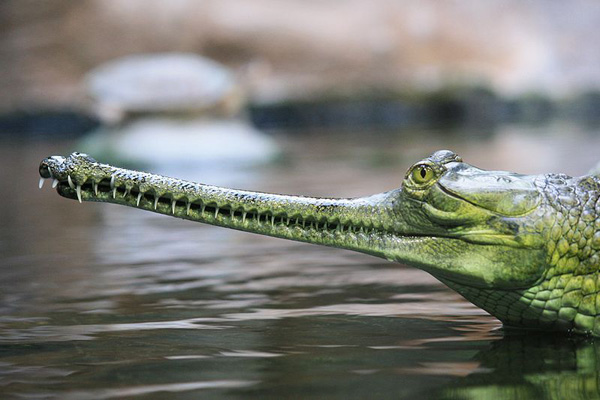 Rivers in India, especially the Ganga, Yamuna and Brahmaputra all carry a potent spiritual significance. Not only are these water way responsible for sustenance, they are also believed to be living goddesses blessing the land with their bounties. Immersing one’s ashes in the Ganga is said to free you from the karmic cycle of rebirth. Sadly however, most of India’s numerous rivers are heavily polluted with effluents and toxic waste from industries. Although the government has been spending heavily in the cleanup of water ways, there is not much to show for it.

One such tragic story in that of the Yamuna – apart from being a major waterway, it is also home to the gharial (Gavialis gangeticus) and the river dolphin (Platanista gangetica). Recently, Tehelka followed all 600 km of the river and found it to be languishing inspite of Rs. 13,000 crores being spent on the clean up under the Yamuna Action Plan which was set up in 1993.

The Taj Mahal which was built on the banks of the Yamuna is also in serious peril. The vice-president of the Chamber of Industries and Commerce in Agra, Rajiv Tiwari, has stated that the reason for the increased pollution is the entry of unchecked industry and domestic wastes into the river. “The state authorities pay no heed to the rising pollution from industries. There are certain guidelines for industries to discharge water and effluents, but no one follows them and they go unchecked and go directly into River Yamuna. Drains also open up in Yamuna and the government is not taking note of the alarming situation,” said Tiwari.

According to Central Pollution Control Board, around 70 percent of the pollution in the River Yamuna is human excrement and industrial effluents. The government’s apathy towards the worsening condition of the river, has sparked off repeated public protests. Delhi alone produces 3.6 billion litres of sewage every day, but due to poor management, less than half of it is effectively treated. While Yamuna fulfils 60 percent of New Delhi’s water needs, almost the same percentage of the city’s sewage finds its way into the river. A supreme court commission ordered local municipalities to remove an estimated 90,000 cubic metres of debris by the end of next month. Once a vital source of drinking and bathing water, as well as a main source for irrigation, in seven northern states, the 1,400km river, in some parts, has come to resemble an open sewer.

The clean-up will focus on two of the most polluted areas of the river: the portion that runs through Delhi and a 200km stretch in Uttar Pradesh. The Delhi Development Authority, the Delhi Metro Railway Corporation and the government of Uttar Pradesh were ordered to pay for the clean-up. The authorities face fines if they miss the deadline.

Apart from the threat to human life, the two primary species that call the Yamuna their home are severely threatened. The International Union for Conservation of Nature (IUCN) has listed the Gharial as a critically endangered and is the most threatened species that is native to UP. According to IUCN, there has been a population decline of 96-98% over a three-generation period since 1946, and the once widespread population of an estimated 5,000 to 10,000 individuals has been reduced to a very small number of widely spaced subpopulations of fewer than 235 individuals in 2006. 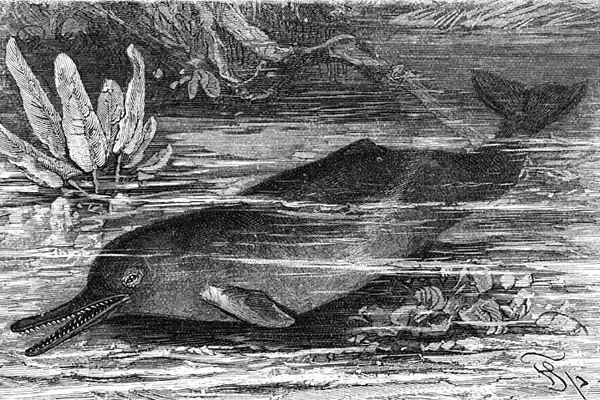 Although there have been repeated efforts to reintroduce the gharial into the waters of the Yamuna and Ganga, the habitat destruction has proved too much to support this. Gangetic Dolphin numbers are also languishing. There are 671 dolphins in various northern rivers but only 31 in the Yamuna. WWF-India are keeping a close eye and monitoring the situation.

The perils of industrialization and development are severely threatening India’s rivers and the Yamuna is only one such example. There needs to be some urgent action now in order to improve waste management, sewage treatment and waste disposal facilities.

I wonder what holds us from making these rivers cleaner, saving the wildlife dependent on it and also saving ourselves from an almost certain doom if we do not.