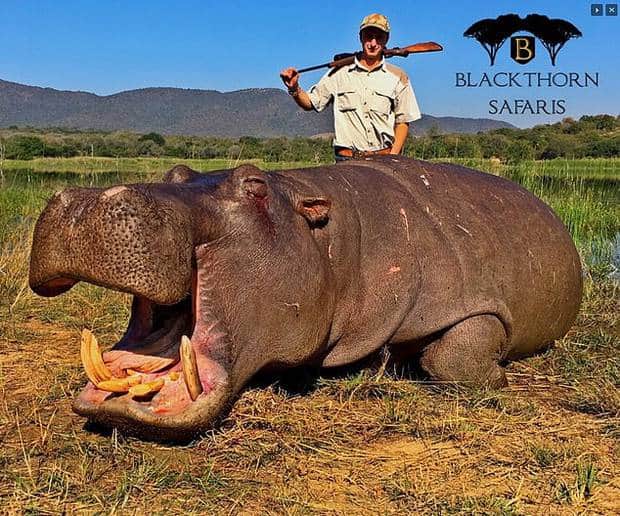 A safari operator owned and run by a British man has removed its website and closed its social media accounts after being accused of running ‘canned hunts’ where lions are bred and killed in captivity by so-called trophy hunters.

Blackthorn Safaris allegedly charges game hunters up to £13,00 for a five-day lion hunt based at a five-star lodge on the edge of South Africa’s Kalahari desert, from where they can stalk and shoot a variety of animals, including lions.

While there is no suggestion Blackthorn has broken any laws, it is suffering a backlash from animal rights campaigners who accuse it of organising trips to ‘lion farms’ for trophy hunters.

“For a British company apparently to be actively organising canned lion hunts will make people sick to the stomach,” said Eduardo Goncalves, founder of the Campaign To Ban Trophy Hunting.

“It’s general practice in this industry for lion cubs to be ripped from their mothers a few days or hours after birth. They are then reared in captivity to be shot for entertainment.”

Blackthorn boss, Shropshire-based Alex Goss, allegedly posted photographs on his website showing him posing next to dead animals, including a lion, a lioness, a pair of zebras and a hippo.

Experts told MailOnline they believed the lions that Goss is pictured with were bred in captivity and later shot on heavily fenced game ranches.

“Wild male lions have scars all over because they have to constantly fight to take over a pride and to maintain their position,’ said Dr Pieter Kat, director of conservation charity LionAid.

“But the mane is perfect and this is not typical of any wild lion, whose mane will be scruffy. It is only in a captive-raised environment that a male can develop a mane of this size.”

Blackthorn Safaris, which has not commented on the claims, has since removed its Facebook page and its website is suspended.

South Africa is the only country that allows large-scale lion-breeding, with animals kept in fenced enclosures at more than 200 farms and compounds.

This article was first published by TravelMole.com on25 June 2019.