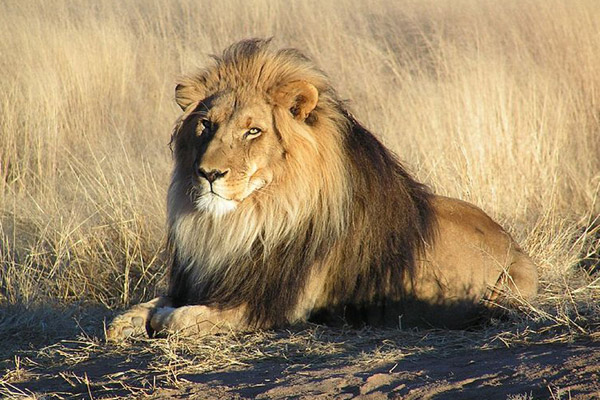 Fences are not the answer to the decline in Africa’s lions, according to a new paper in Ecology Letters. The new research directly counters an earlier controversial study that argued keeping lions fenced-in would be cheaper and more effective in saving the big cats. African lion (Panthera leo) populations across the continent have fallen dramatically: it’s estimated that the current population is around 15,000-35,000 lions, down from 100,000 just 50 years ago. The animal kings are suffering from booming human populations, habitat loss and fragmentation, prey decline, trophy hunting, and human-lion conflict.

“Fenced populations certainly play a role in lion conservation, but they are typically small in comparison to unfenced reserves, and they are managed intensively, with much larger operating budgets than unfenced reserves,” says lead author Scott Creel of Montana State University.

Creel’s study argues that the previous research looked only at lion densities ignoring the importance of total populations in protected areas. Most fenced lion areas contain high densities of lions—sometimes well-above carrying capacity—but small populations overall, while larger unfenced areas are home to the bulk of the world’s lions even if at lower densities.

While Creel and co-authors admit that fenced reserves prevent lion-human conflict, a major problem in many parts of Africa, they add that fences come with massive environmental costs, including increased habitat fragmentation, severing migration routes, and genetic isolation. In addition, standing fences can often be used to make snares, one of the largest threats to lions and other large African mammals.

“Fences can prevent access to water and grazing for migratory and nomadic wildlife, while wide ranging carnivore species such as cheetah and wild dogs depend on large tracts of habitat both inside and outside protected area systems for their survival,” adds co-author Sarah Durant, with the Wildlife Conservation Society and Zoological Society of London. “As ecosystems become ever more fragmented we need to increasingly emphasize connectivity and landscape level management, not fragment things further.”

In the end the dilemma may come down to what kind of Africa does the world want? A continent with still-sprawling wild lands for big mammals like lions, or fenced-in reserves that look more like walled parks than ecosystems. Either way, both sides agree that what is really needed is more funding on-the-ground.

“Recent studies show that larger budgets for patrolling and better-regulated hunting will have strong benefits for lions,” says Creel, who notes that funds spent on wildlife rangers would be of better use than fences.

The reserves holding Africa’s largest remaining lion populations are woefully under-funded,” adds another co-author Matt Becker with the Zambian Carnivore Programme. “However, that funding shouldn’t need to come with a fence around it.”

Bad news for lions has been piling up recently: a study last year found that lion habitat had dropped by 75 percent since 1960 and some populations have vanished altogether. The West African lion (Panthera leo senegalensis)—which recent research has shown is more closely related to Asiatic lions than their African cousins—is down to less than 2,000 individuals. But still many field conservationists see fences as a false solution.

“Most scientists and managers are not ready to throw in the towel on human-wildlife coexistence outside of reserves and on improving law enforcement and management within them. This work has just been drastically under-funded,” says co-author Amy Dickman with Oxford University. Dickman heads the Ruaha Carnivore project in Tanzania; the little-known Ruaha landscape is home to an estimated 10 percent of the world’s lions.

This article was written for MOngabay.com and re-posted on Focusing on Wildlife.