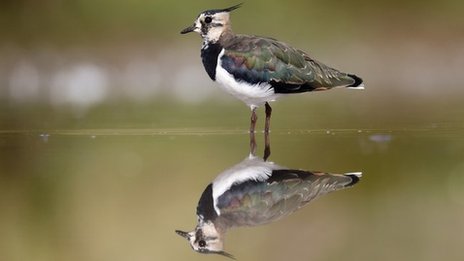 A new conservation project aims to help stop the decline of some of Scotland’s most vulnerable birds. The Scottish Gamekeepers Association (SGA) will ask its members to record the numbers of birds spotted. This data will then be used to help target conservation efforts towards specific areas.

The wading bird population has dropped dramatically in Scotland with the numbers of some species falling by more than 50%. The Game and Wildlife Conservation Trust (GWCT) said its research showed wading birds breed up to three times more successfully on moors that are looked after by gamekeepers.

Despite this, the population of wading birds has dropped dramatically in Scotland with 56% of curlew and lapwing disappearing in 17 years, with golden plover numbers dipping 18%.

SGA Chairman Alex Hogg said: “What we are asking grouse keepers to do is to help us build a detailed map of breeding waders on their ground and create a baseline for future years.

“Whilst the principal aim here is to help wading birds, we also hope an off-shoot of this project is that it encourages gamekeepers to get into the habit of noting the wildlife on their ground so we can establish an accurate picture of biodiversity on managed moorland.”

The project was welcomed by Scottish environment minister Paul Wheelhouse. He said: “I hope this and other similar work being done to conserve wading birds can inform us of the conservation work required to halt the decline of these important species which can be affected by predation of eggs, for example by foxes or crows, or arising from impacts on habitats either through climate change or the influences of changes in land use.”

This article was first published by BBC News Scotland.